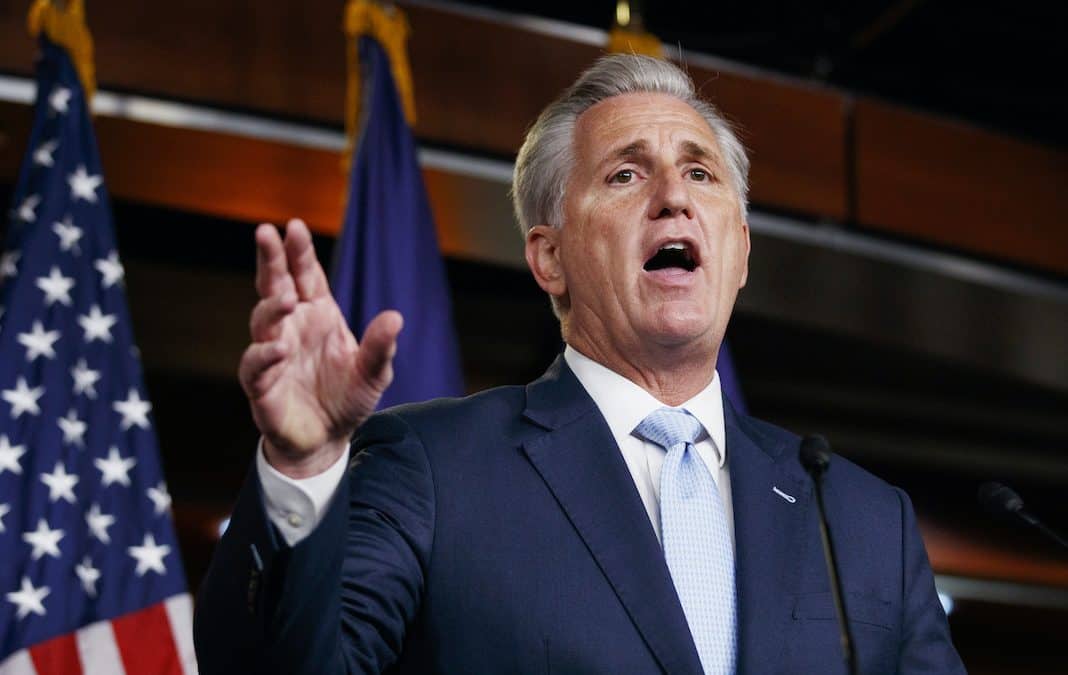 They voted against a fix that would prevent automatic cuts to Medicare and other programs.

The House of Representatives voted 246 to 175 on Friday to pass a technical fix that would prevent tens of billions in cuts to Medicare and other programs. 175 House Republicans opposed the effort.

The American Rescue Plan, passed last week without a single Republican vote, will provide $1.9 trillion to help curb the coronavirus pandemic and remedy the economic damage it has wrought.

But because that plan will increase the federal budget deficit, the Statutory Pay-As-You-Go Act requires that cuts automatically be made to Medicare, farm subsidies, and other federal programs to offset some of its cost. According to a Congressional Budget Office estimate, this would mean $36 billion in Medicare reductions as well as and tens of billions in cuts to other things — unless Congress votes to stop them.

Yarmuth noted that similar legislation in the past has been nonpartisan, even when it has followed policy changes that have themselves been politically controversial.

“When Republicans used reconciliation to pass tax cuts for the rich, Democrats voted with them … [to] protect Medicare and other programs despite our strong opposition to the Tax Cuts and Jobs Act,” he wrote in a statement on Friday, March 12.

He warned that “if Republicans play political games and don’t do their jobs, Medicare and the seniors that depend on it will pay the price.”

House Minority Leader Kevin McCarthy and more than a dozen other House Republicans cited the potential automatic cuts to Medicare as a major reason they opposed the $1.9 trillion relief bill.

But given a chance to fix it, all but 29 members of his caucus voted to allow those cuts to go into effect.

The bill will now go to the Senate, where it will require at least 10 GOP votes to advance to President Joe Biden’s desk for a signature.

The post 175 House Republicans vote for massive cuts to Medicare appeared first on The American Independent.