7-year-old girl sells lemonade to help pay for brain surgeries, but Medicare for All is ‘radical’ 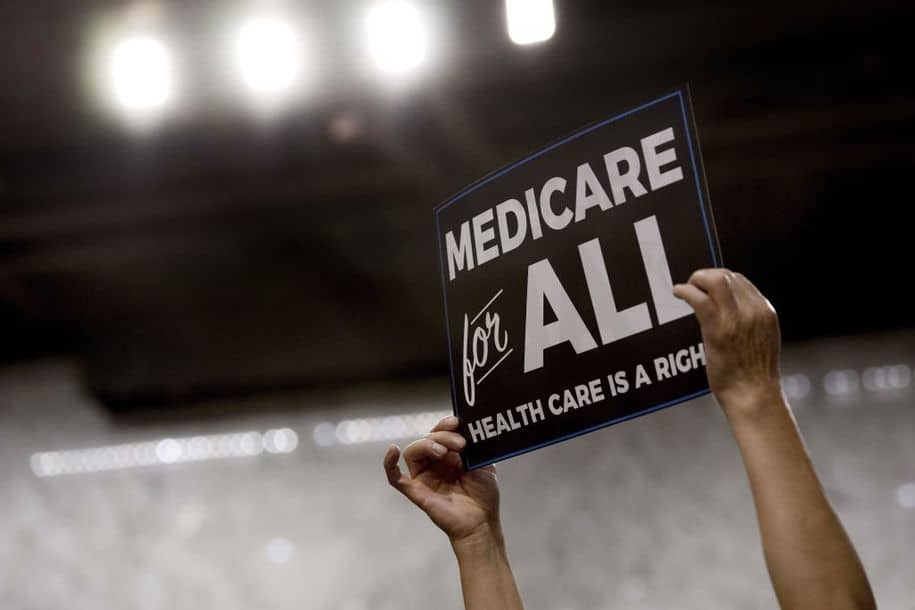 These kinds of stories drive me up the wall.

There’s nothing heartwarming or cute about this, but it’s the kind of thing people in this country slurp up like syrup.

Nothing against the journalist who brought this grotesquerie to light, but my takeaway from this tragic tale is that we live in a barbaric, backwards country, not that Americans have hearts of gold. Perhaps they do, but those full hearts could be far more effectively channeled toward fighting for Medicare for All than tossing crumbs to sick kids like they’re gimpy pigeons.

WIAT-TV in Birmingham, Alabama, recently caught up 7-year-old Liza Scott, whose family owns a bakery in Homewood, Alabama. They set up a lemonade stand inside the shop to help pay for a series of brain surgeries Liza needs to correct three cerebral malformations have have been causing her to suffer grand mal seizures.

Elizabeth Scott purchased additional insurance to help pay for Liza’s brain surgeries. But with travel and hotel costs heaped on top of medical expenses, the family is already nearing $10,000 in out-of-pocket expenses.

“As a single mom and the financial supporter of both of my children, this is not something you can budget for,” Scott said.

So in addition to selling the tastiest lemonade around, the Scotts are also looking for donations. As of Thursday afternoon, they have reached nearly $6,000. If you would like to help donate to Liza’s fund, clickhere.

And look how cute she is!

Also, @idotvnews and I may have been a little sidetracked with just how cute Liza is. If I miss deadline, it’s because we were making a music videos 🤷🏼‍♀️ pic.twitter.com/rdqhbW45EZ

Naturally, I’m pulling for young Liza. How can you not? She needs major surgery, and it’s nice that people are chipping in to help her in her time of need. But what about the kids who aren’t as cute, don’t have a parent who owns a bakery, don’t have enough friends and supporters for a successful GoFundMe campaign, or whose bills are simply too astronomical to chip away at with a pop-up lemonade stand?

Are the social Darwinists in this country really prepared to argue that some people deserve to see a doctor while others are just shit out of luck?

Obamacare and CHIP were big steps forward, but we obviously still have huge gaps in our social safety net. It’s long past time we close them with true universal health coverage and let sick kids be kids instead of beggars and forced laborers.