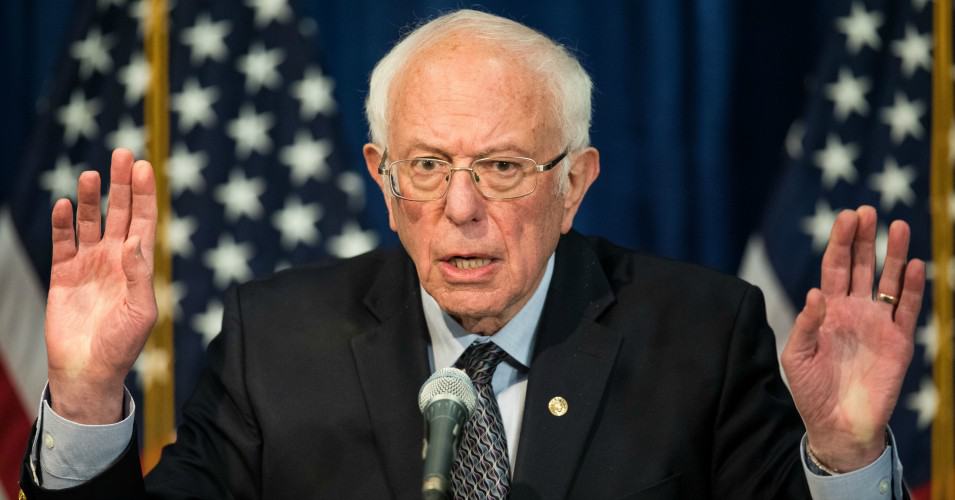 Sen. Bernie Sanders on Thursday responded with outrage and a demand for reform after a new federal analysis revealed that Medicare Part D, which is utilized by tens of millions of Americans, pays far more for prescription medications than any other government health program.

“It is time for Congress to take on the greed of the pharmaceutical industry and require Medicare to negotiate lower drug prices.”
—Sen. Bernie Sanders

Sanders (I-Vt.) commissioned the new Congressional Budget Office (CBO) report on Medicare Part D, an optional prescription drug benefit for people with Medicare that is provided through private insurers. The majority of those with Medicare are enrolled in a Part D plan.

“There is no rational reason why Medicare pays nearly three times more than Medicaid and about twice as much as the VA for the same exact medicine,” Sanders declared.

“Negotiating directly with pharmaceutical companies will substantially reduce the price of prescription drugs, and it is a national embarrassment that the secretary of Health and Human Services is prohibited from doing that on behalf of the more than 40 million Americans who get their prescription drug coverage from Medicare Part D,” he added. “It is time for Congress to take on the greed of the pharmaceutical industry and require Medicare to negotiate lower drug prices.”

There is no rational reason why Medicare pays nearly three times more than Medicaid and about twice as much as the VA for the same exact medicine, but that’s exactly what the CBO just found.

Get our best delivered to your inbox.

The CBO report follows the January release of a Government Accountability Office (GAO) study, also commissioned by Sanders, which found that in a “sample of 399 brand-name and generic prescription drugs, the VA paid an average of 54% less per unit than Medicare, even after taking into account rebates and discounts.”

Medicare coverage is generally restricted to people age 65 or older, younger people with disabilities, and those with permanent kidney failure requiring dialysis or transplant—but Sanders has long advocated for Medicare for All.

Last week, a panel of policy experts and medical professionals who examined the healthcare legacy of the Trump administration released a report stating that its policies did not “represent a radical break with the past but have merely accelerated the decadeslong trend of lagging life expectancy that reflects deep and long-standing flaws in U.S. economic, health, and social policy.”

They concluded that “single-payer, Medicare for All reform is the only way forward.”