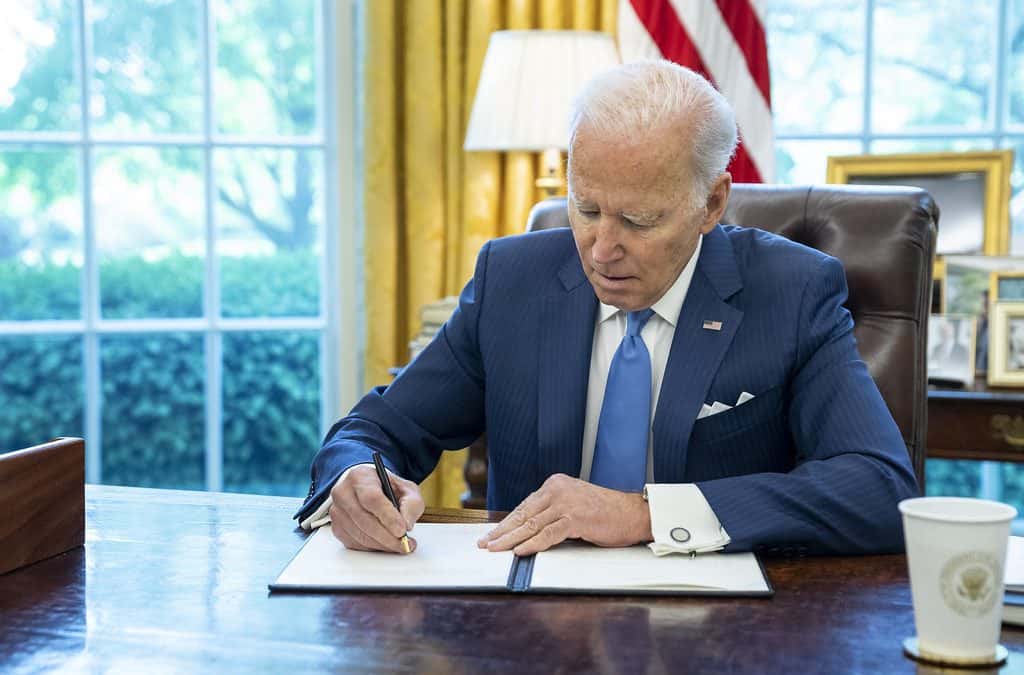 You really can’t make this stuff up. After Sen. Joe Manchin, D-W.Va., said he opposed a massive new tax-and-spending bill, how did Democrats respond? Beyond throwing bile at Manchin for nixing the latest version of Build Back Better, reporters said that “Democrats’ remaining best-case scenario is passing drug price reforms and a temporary extension of enhanced Obamacare subsidies.”

Translation: A dozen years after Democrats raided Medicare to pay for Obamacare, lawmakers want to go back to the well again, plucking money from seniors to fund an extension of Obamacare insurance subsidies to the wealthy. It sounds like a line from a Democratic attack ad against Republicans — but it’s what Democrats want to ram through Congress in the weeks ahead.

The Congressional Budget Office (CBO) recently released its analysis of Democrats’ updated drug pricing legislation. According to CBO, the revised language will save a total of $287.6 billion in the coming decade. Nearly half of the supposed “savings,” or $122.1 billion, comes from repealing a rule the Trump administration proposed in its waning days and that has never gone into effect — a budget gimmick included in prior versions of Build Back Better.

But the remaining $165 billion or so in Medicare reductions would come from imposing price controls on pharmaceutical companies, accompanied by a 95 percent tax (no, that’s not a typo) on those companies who fail to “negotiate.” CBO admitted in its updated analysis that the bill would lead to the introduction of fewer new prescription drugs in its first decade, and in decades to come after that.

Welfare for the Wealthy

Where would some of that money taken out of Medicare go? To extending the “temporary” increase in Obamacare subsidies included in last year’s “Covid relief” measure. But CBO previously admitted that most of the spending on these subsidies will go to people who already had health insurance, in no small part because wealthy individuals will now qualify for welfare assistance.

Obamacare itself limited eligibility for subsidies to families with incomes below four times the federal poverty level, or $111,000 for a family of four in 2022. But last year’s “Covid relief” measure eliminated that cap. As a result, some families, particularly those nearing retirement age and/or in rural areas with little competition among insurance plans, will qualify for subsidies with significantly higher incomes. In fact, some families making more than $400,000 — families whose taxes Biden wants to increase — could qualify for this expanded Obamacare welfare program.

For people who work in health policy, Democrats raiding Medicare to pay for Obamacare insurance subsidies represents a case of déjà vu. In 2010, Kathleen Sebelius, then the secretary of Health and Human Services, tried to explain how the $718 billion Democrats raided from Medicare could simultaneously pay for that program as well as Obamacare:

Unfortunately, Democrats view Medicare as a piggy bank/slush fund they can raid whenever they like to pay for their other socialist dreams. Recall that the single-payer system proposed by Sen. Bernie Sanders, I-Vt., would abolish the current Medicare program, making the legislation “Medicare for None.”

You’d think an octogenarian president would take mercy on his fellow seniors, but that’s not Biden’s way. In fact, after leaving the vice presidency in early 2017, Biden cheated on his Medicare taxes, even as he spent a small fortune renting this mansion outside Washington.

Neglecting seniors and raiding Medicare to enrich themselves and their wealthy friends — that’s today’s Democratic Party.

Chris Jacobs is founder and CEO of Juniper Research Group, and author of the book, “The Case Against Single Payer.” He is on Twitter: @chrisjacobsHC. Previously he was a senior health policy analyst for the Texas Public Policy Foundation, a senior policy analyst in The Heritage Foundation’s Center for Health Policy Studies, and a senior policy analyst with the Joint Economic Committee’s Senate Republican staff. During the debate over the Patient Protection and Affordable Care Act, popularly known as Obamacare, Jacobs was a policy adviser for the House Republican Conference under then-Chairman Mike Pence. In the first two years of the law’s implementation, he was a health policy analyst for the Senate Republican Policy Committee. Jacobs got his start on Capitol Hill as an intern for then-Rep. Pat Toomey (R-Pa.). He holds a bachelor’s degree in political science and history from American University, where he is a part-time teacher of health policy. He currently resides in Washington, D.C.