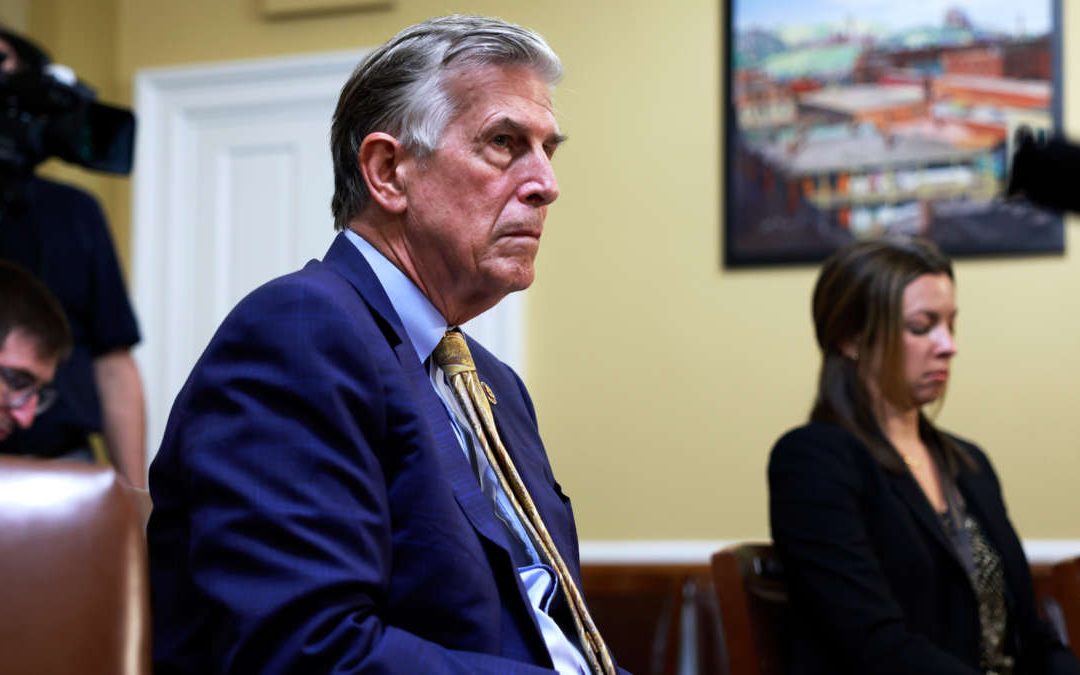 The Democratic chair of the congressional Joint Economic Committee warned Wednesday that the GOP’s plan to use a looming debt ceiling fight as leverage to secure cuts to Social Security and Medicare would be “economically catastrophic for seniors, families, and our entire economy.”

“Past debt-limit brinksmanship resulted in the first-ever downgrade of the U.S. credit rating and cost the country billions of dollars in lost economic activity, even though a default was ultimately avoided,” Rep. Don Beyer (D-Va.) said in a statement after several House Republicans outlined their intentions in interviews with Bloomberg Government on Tuesday.

“This announcement comes after a previous proposal from the leader of the Senate Republicans’ campaign committee to sunset Social Security, Medicare, and veterans’ benefits in five years,” Beyer continued, referring to Sen. Rick Scott’s (R-Fla.) proposal. “Republicans are once again getting in line to raise costs for low- and middle-income workers and families while offering giveaways to the wealthiest and corporate interests.”

“Not only are these economically disastrous — resulting in fewer jobs, slower economic growth, and higher household costs — they are morally reprehensible,” the Virginia Democrat added.

Several House Republicans vying for the chairmanship of the chamber’s budget committee told Bloomberg that they view a debt ceiling clash — which is expected early next year as the Treasury Department reaches its arbitrary borrowing limit — as an opportunity to pursue long-sought changes to Social Security and Medicare, including benefit cuts and an increase in the retirement age.

“The debt limit is clearly one of those tools that Republicans — that a Republican-controlled Congress — will use,” said Rep. Jason Smith (R-Mo.), who is currently the ranking member of the House Budget Committee.

With the pivotal November midterms less than a month away, House Democrats wasted little time pouncing on the GOP’s latest signal that it plans to pursue cuts to Social Security and Medicare if it retakes control of Congress in the midterm elections, despite the programs’ popularity.

“Republicans have let us in on their plans for Medicare and Social Security — raise the eligibility age and cut benefits. Seniors deserve better,” Rep. John Larson (D-Conn.), chair of the House Ways and Means Social Security Subcommittee, wrote on social media Tuesday. “My plan, Social Security 2100: A Sacred Trust, will protect and expand benefits, not cut them!”

In key battleground states such as Pennsylvania and Wisconsin, Democratic candidates have seized on their GOP opponents’ attacks on traditional Medicare and Social Security and vowed to defend the programs from right-wing attacks.

After incumbent Sen. Ron Johnson (R-Wis.) said in an August radio interview that Congress “ought to turn everything into discretionary spending” and characterized mandatory Social Security and Medicare outlays as a “debt burden,” Democratic challenger Mandela Barnes warned that the GOP senator “wants to strip working people of the Social Security and Medicare they’ve earned.”

“We can never allow Social Security and Medicare to be weakened by the GOP,” Fetterman wrote in a recent Twitter post. “Dr. Oz would be another vote to take away these critical lifelines for our seniors.”