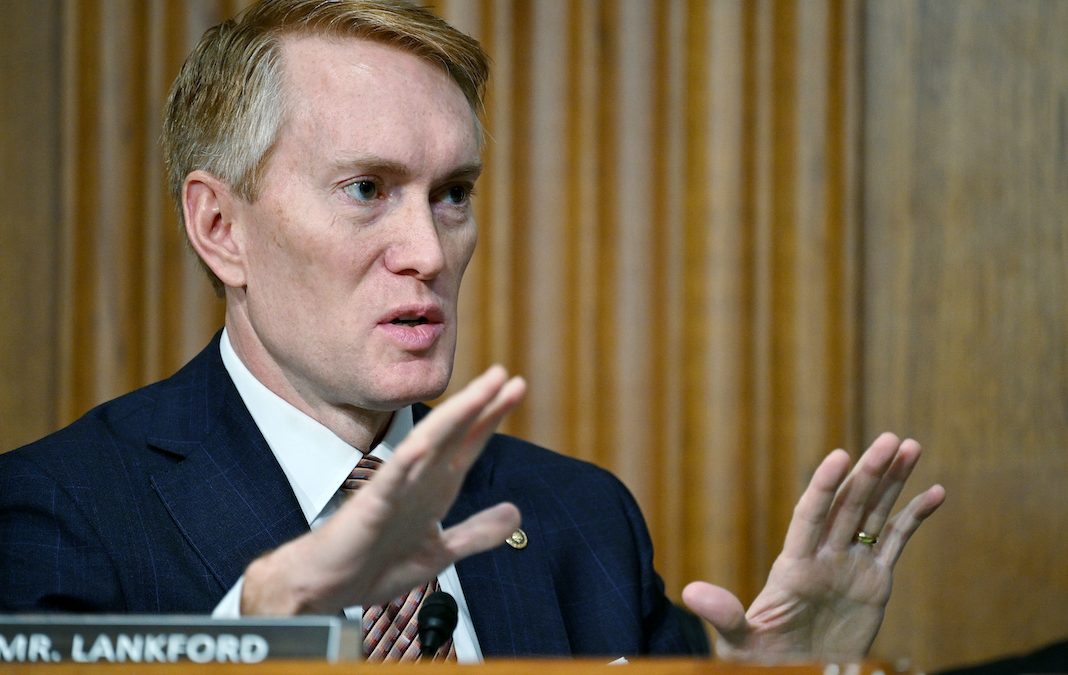 More than 63 million Americans who are enrolled in Medicare benefit from the agency’s new ability to cap the costs of prescription medicines.

A group of Republican senators on Thursday introduced legislation that, if enacted, would prevent the government from negotiating with pharmaceutical companies to obtain lower prescription drug prices for Medicare recipients.

The Protecting Drug Innovation Act, sponsored by Sens. James Lankford of Oklahoma, Marco Rubio of Florida, Mike Lee of Utah, and Cynthia Lummis of Wyoming, would repeal a provision of the recently passed Inflation Reduction Act, signed into law by President Joe Biden on Aug. 16, that gives the Centers for Medicare and Medicaid Services the power to negotiate.

A press release from Lankford’s office states, “The bill would roll back the federal government’s authority to set and control drug prices covered by Medicare.” It quotes Lee as saying: “Price controls never work. Instead, they exacerbate the problems they seek to resolve. Mandating fixed prescription drug prices will ultimately result in the shortening of American lives.”

All three senators are up for reelection in the November 2022 midterms. Rubio is being challenged by Democratic Florida Rep. Val Demings, Lee by independent candidate Evan McMullin, and Lankford by Democratic candidate Madison Horn.

According to the Centers for Medicare and Medicaid Services, as of 2021 more than 63 million Americans are currently enrolled in the Medicare program.

The Inflation Reduction Act faced unified opposition from Republicans in both houses of Congress and passed with only votes from Democrats. Vice President Kamala Harris cast the tiebreaking vote for the bill in the Senate.

The law contains several provisions designed to lower the cost of prescription drugs for Medicare recipients.

It authorizes the federal government to negotiate with drug companies prices for the most widely used drugs that the Medicare program spends money on.

The law also includes caps on monthly out-of-pocket costs for Medicare recipients who use certain drugs, including a $35 cap on spending for insulin and a $2,000 cap for other prescription drugs.

In a speech at the White House on Sept. 27 touting the benefits of the law, Biden said the caps would give families “a little breathing room” and criticized “big pharma” for years of blocking passage of legislation affecting prescription drug costs.

The provisions the Republican senators want to repeal have widespread public support.

A poll conducted Aug. 11-14 by Navigator Research found that 81% of voters support the law’s caps on prescription drug and insulin costs; 80% of voters surveyed back giving Medicare the power to negotiate drug prices.

The measures have the support of over 68% of Republicans who were surveyed.

The Centers for Medicare and Medicaid Services noted in October that more than 5 million people on Medicare “struggled to afford prescription drugs,” adding, “People with lower incomes and those under age 65 also are more likely to skip the medicine they need because of high costs.”

Research has shown that among those most affected by high drug costs are cancer patients, many of whom have declined to purchase vital life-saving drugs because of the exorbitant costs.

The Kaiser Family Foundation reported that the high costs of health care disproportionately affects Black and Latino adults as well as adults of all races in lower income brackets.

A report by the Department of Health and Human Services released on Sept. 30 noted that the costs of many prescription drugs have increased substantially from 2016 to 2022 and that under the provisions of the Inflation Reduction Act, Medicare would be able to receive rebates from drug manufacturers in response to those price increases.

Research conducted by the Center for American Progress projected that under the new law, a couple on Medicare would save at least $2,430 on their drug costs.

Under the Republican proposal, many of those benefits would go away.