Graham confirms Republicans would go after Social Security, Medicare if they get a Senate majority 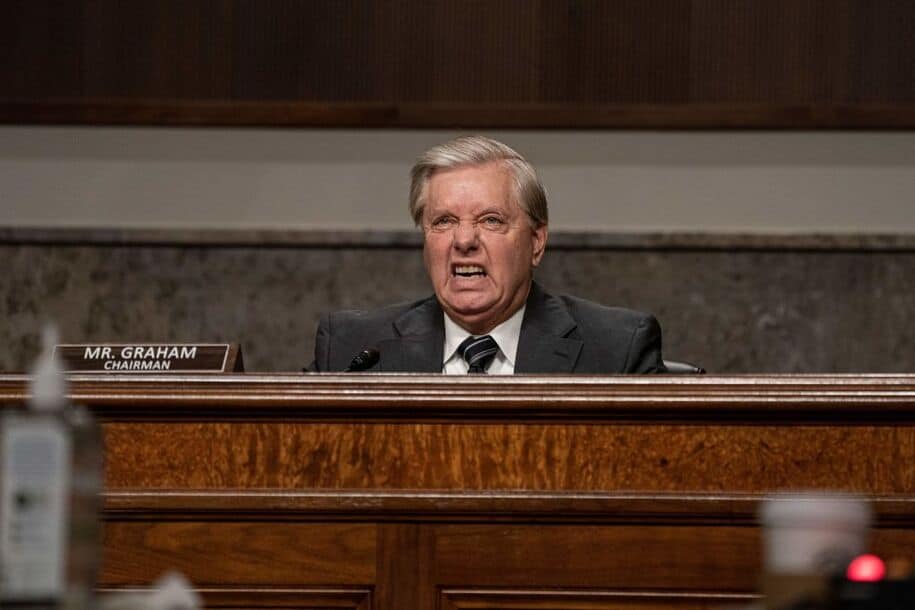 Sens. Bernie Sanders and Lindsey Graham held a debate about the economy Monday at the the Edward M. Kennedy Institute in Massachusetts, aired on Fox Nation. The event was supposed to be some kind of kumbaya bipartisan thing, bringing the two sides together for a discussion about the economy. Sanders, an independent from Vermont, gave a full-throated defense of the vision progressives have for America: a public health care system, a living wage, and tax fairness. Graham, a South Carolina Republican, reiterated his party’s dream of ending Social Security, Medicare, and Medicaid.

“In the United States, Lindsey, we spend twice as much per capita on health care compared to the people of any other country, while major countries like Canada, the U.K., Germany manage to supply health care to all their people,” Sanders said. “Why is that?” he asked rhetorically. “Because they’re not having insurance companies ripping off the system.”

That’s socialism, said Graham. “And it’s not going to fix America. We are not a socialist nation. There is a better way, I promise you this.” His better way happens to be at the center of a big Senate Republican fight, and puts him at odds with his party leader, Mitch McConnell, who really does not want Republican members sticking their necks out right now and telling the American people that their vision is to do away with the decades-old programs that Americans revere, not to mention depend on.

If Republicans take over the Senate, Graham promised, they will start right in on the cuts. It’s not idle talk, by the way, as Graham is the ranking member of the Senate Budget Committee—he’d take over in 2023 if Republicans win the majority. “Entitlement reform is a must for us to not become Greece,” he said in the debate. By “reform,” he means cutting benefits and disqualifying people.

Here’s more from Graham, on his plans for the programs.

🚨🚨Republicans are promising to come after your Social Security and Medicare. pic.twitter.com/ahPas0pxKh

To be fair, Sen. Rick Scott was a lot less subtle about his plan to do away with the programs and pretty much everything else as we know it in American society, a plan McConnell has been apoplectic about going public. The Florida Republican, tasked with regaining the majority as head of the National Senate Republican Committee, released his vision earlier this year, a plan in which everything passed by Congress—every existing program—ends after five years.

This plan was exactly what McConnell did not want Republicans to talk about doing, and Scott has doubled down in opposition to his leader.

McConnell tried to defuse the situation back in March, telling reporters that he’s the one in control. “If we’re fortunate enough to have the majority next year, I’ll be the majority leader. I’ll decide in consultation with my members what to put on the floor.”

“We will not have as part of our agenda a bill that raises taxes on half the American people and sunsets Social Security and Medicare within five years. That will not be part of the Republican Senate Majority Agenda.” Note how careful he’s being there in talking about the programs he knows Americans love—Social Security and Medicare—without saying he’ll prevent them from being cut.

Which is precisely what Graham was talking about, a less radical and bombastic plan to end the programs as we know them, but an end nonetheless. That’s an agenda McConnell isn’t going to denounce.

Worse than Trump: Head of the NRSC releases Republican plans for a dystopian, fascist America

McConnell vows to stand for absolutely nothing ahead of 2022 midterms, just like the RNC in 2020

With delusions of grandeur, Rick Scott fancies himself an ‘outsider’ sticking it to McConnell