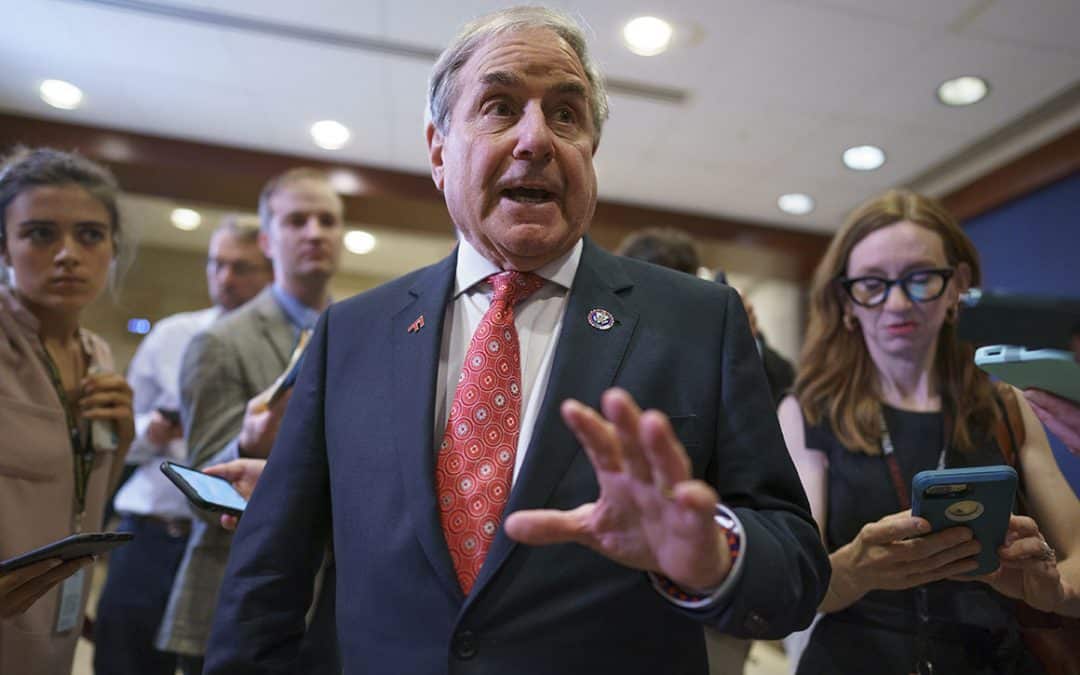 “What we want to do is a lot more expensive than what we are going to be able to do,” House Budget Chair John Yarmuth (D-Ken.) acknowledged this week.

House and Senate committees now assembling the package are weighing options like a longer phase-in of benefits, skimpier coverage with more cost-sharing or even means-testing that would restrict new benefits to only the poorest beneficiaries.

Rep. Lloyd Doggett (D-Texas), chair of the House Ways and Means health subcommittee, said seniors could wind up paying a percentage of the cost of their dental, vision and hearing services, despite misgivings about how that could weigh on some low-income Medicare recipients.

“We’ve argued a little bit about the importance of ensuring that the people that are the neediest are the ones that are sure to be able to get some help,” he said.

Groups including the American Dental Association are trying to influence the outcome, telling Congress to offer a more generous benefit, but only to individuals earning less than 300 percent of the federal poverty line.

“Let’s focus on those who currently can’t afford to see a dentist, people who are most likely to end up in the emergency room,” said Michael Graham, the association’s senior vice president for government and public affairs.

But many lawmakers and advocacy groups say such means-testing in Medicare would set a dangerous precedent and change the nature of a program that serves more than 61 million elderly and disabled beneficiaries.

“Dental is one of the least affordable medical services, more than prescription drugs or anything else, so to say you’re only going to offer help to some people doesn’t work,” said Melissa Burroughs, associate director for strategic partnerships at the advocacy group Families USA. “We’re talking about a benefit that we want to reach all Medicare enrollees.”

AARP is also lobbying for as generous a benefit as possible, warning of a political backlash should it take too many years to kick in or cover too few services.

“We’re saying to Congress: ‘Make sure you do a good job with the dental, vision and hearing benefits,’ because if our members show up at their dentists and the new program doesn’t cover anything, they’re going to be upset,” said Bill Sweeney, the group’s senior vice president for government affairs. “It has to be comprehensive.”

Health insurers are pushing back, warning that the cost of new coverage could limit other benefits they offer in private Medicare Advantage plans — such as free transportation to medical appointments or free over-the-counter drugs.

“Asking 27 million Americans to pay for new dental, vision, and hearing benefits in lieu of services they affirmatively chose and have come to rely on is unnecessary and unfair,” said Matt Eyles, president and CEO of America’s Health Insurance Plans, the industry’s big Washington lobby.

Insurers want Congress to increase the amount the government pays private Medicare Advantage plans to offset the cost of covering the new benefits. But progressives like Doggett say payments to Medicare Advantage are already too high and are instead looking at slashing them to help fund the overall bill.

“If we can’t pay for this with [drug price negotiation], we should look at the excessive payments given to Medicare Advantage plans,” he said. “[Insurance companies] don’t have an interest in having traditional Medicare provide comprehensive coverage and that’s all the more reason, in my opinion, that we need to do it.”

An insurance industry source said Congress’ deliberations are “freaking out” companies who worry that seniors will drop their private plans en masse and migrate to traditional Medicare once the new benefits are in place. But the source said the industry is mindful of the optics of publicly opposing coverage of eyeglasses, dental care and hearing aids, and is largely lobbying behind the scenes.

Democratic House and Senate staffers say they aren’t giving much weight to the industry’s arguments. A senior Senate Democratic aide said the insurers’ concerns were “not unexpected” and “a perennial thing” whenever major reforms are on the table.

Top Democrats insist the new Medicare benefits will be in the package in some form, pointing to recent endorsements from House and Senate leadership and President Joe Biden and portraying the expansion as a once-in-a-generation chance to help tens of millions of older Americans. But aides caution that the program may not be as generous as some expect.

Doggett said the House is debating having hearing and vision benefits, which are estimated to be much cheaper than dental care, kick in during the first few years after passage, with a longer phase-in plan for dental. But the senior Senate Democratic aide said the upper chamber is working on an interim policy to give seniors some “immediate relief” — in the form of help paying for all three services right away while the administration works to set up the full benefit in the coming years.

Arguments over when the benefits will start and end, and what services will be covered at what level, are likely to be in play for weeks to come. Among the unresolved questions are whether the emphasis be on free preventative care, as it is in many other government health programs. Democrats also have to decide whether to only authorize the benefits for a few years, wagering they’ll be in the majority when it comes time to renew it.

“As with any health policy, there will have to be tradeoffs,” another senior Democratic aide acknowledged. “That’s why we’re now struggling to balance timing, co-insurance and generosity in different categories of benefits.”