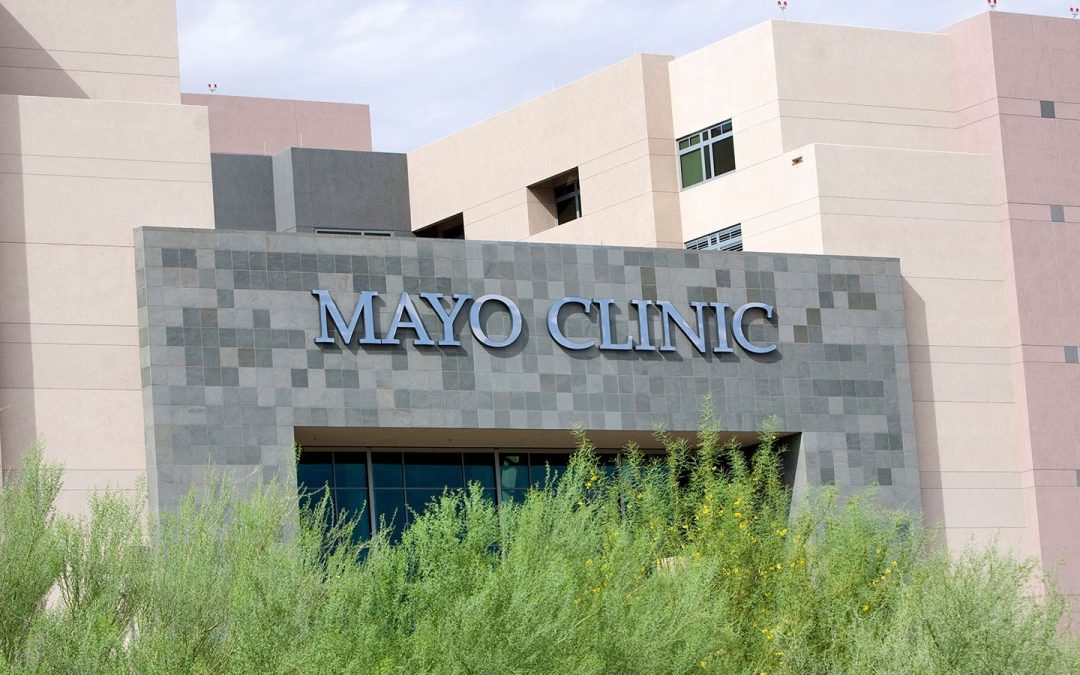 The Mayo Clinic sent letters this fall to all eligible Medicare beneficiaries who received care at its Arizona and Florida facilities in the last 3 years, warning them that it is out-of-network “with most Medicare Advantage plans.”

The letter sent to Florida beneficiaries said that “marketing for Medicare Advantage Plans may indicate that you can be seen at any facility that accepts Medicare, however Mayo Clinic in Florida is out of network on these plans.”

Asked about the reasoning behind the letters, Mayo communications manager Kevin Punsky replied that they are intended to serve as “a courtesy reminder” at the start of the annual Medicare re-enrollment window that began Oct. 15. They are intended to notify those eligible for Medicare that if they want coverage for non-emergency care at the Mayo Clinic in those two states, they should enroll in “Original Medicare (Parts A, B and D) as well as Medicare supplements.”

“This notice allows the patient to make an informed selection of coverage if the patient would like to seek a plan that has Mayo Clinic in network. Out-of-network care is not in the best interest of patients and does not support Mayo’s model of care.”

The letter also advises recipients that the Mayo Clinic “will not schedule appointments for patients with out-of-network Medicare Advantage Plans.”

Medicare Advantage plans have been under increasing scrutiny and investigation because so many of them have been accused by federal agencies of denying care, exaggerating the severity of illnesses to pull billions more from Medicare, and delaying care with lengthy prior authorization requirements.

Additionally, unhappy enrollees who want to disenroll often find they can’t sign up for a supplemental plan without underwriting, which can result in rejection of beneficiaries with certain common underlying health conditions.

Asked whether the Mayo Clinic was aware of any specific Medicare Advantage marketing ads that provided misleading information suggesting that MA enrollees can make appointments for care at the Mayo Clinic, Punsky sent this reply in an email to MedPage Today:

“Respectfully, we disagree that the letter insinuates deceptive marketing practices. When a patient enrolls in a narrow network plan, non-emergency medical services are only covered when obtained at certain network providers. We support a patient’s ability to make an informed decision on their plan and preferred providers.”

Mayo Clinic in Minnesota did not send out a similar letter, Punsky said.

In February, according to a story in the Star Tribune in Minnesota, Mayo had stopped scheduling out-of-network Medicare Advantage patients enrolled in UnitedHealthcare plans. “Seniors in UnitedHealthcare plans are among those no longer getting clinic appointments due to capacity concerns,” the story said. “But the change also hints at a financial dispute over payment rates between Mayo and UnitedHealthcare, the health insurance giant based in Minnetonka.”

However, the Minnesota-based Mayo Clinic lists that it accepts Humana Medicare Advantage plans. In June, it agreed to a multi-year commercial relationship with UnitedHealthcare, the largest Medicare Advantage company in the country.

It could not be determined from the Mayo Clinic website of contracted providers which, if any, Medicare Advantage plans have contracts with Mayo Clinic in Arizona or Florida.

Perry Davis, who just turned 65, received the same letter from the Florida Mayo Clinic earlier this month and handed it to his wife, Michele Davis, a broker in Ormond Beach who sells Medicare health plans in Florida, New Jersey, and Alabama.

“He just handed the letter to me and said, ‘Looks like I’m signing up for Original Medicare and a supplement.'”

She told MedPage Today that to her, the letter “suggests that customers of Medicare Advantage plans have been given other information,” although she is not aware of any ads that have said that.

As a broker, she noted, “It’s important for anyone marketing Medicare Advantage plans to be aware of the network, including hospitals. The network information needs to be made clear to the consumer.”

“While you can and should be able to be seen at any hospital for emergency services, Medicare Advantage marketers and agents need to make it clear that in non-emergent situations, MA plan customers cannot be seen at any facility that accepts Medicare, but only those that are within the plan’s network. Otherwise, the customer would pay for those out-of-network services,” she said.

Known for its specialization in many conditions and its coordinated system of care, the Mayo Clinic’s website says it “cares for 1.4 million people each year with serious or complex illnesses from all 50 U.S. states and 140 countries.”