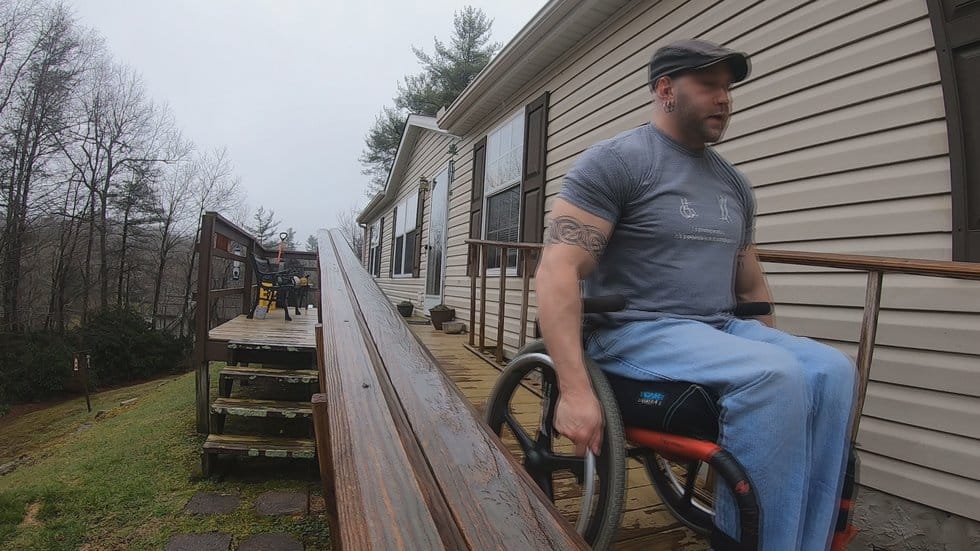 CHARLOTTE, N.C. (WBTV) – Shane Bare fought his insurance company through five appeals to get them to cover a drug he needs to treat a life-threatening condition. But after that victory, Medicare made a switch which put him back on the hook for thousands of dollars every month.

Bare has tried fighting the decision at every turn and appealed to foundations named for his disease but to no avail.

WBTV’s Investigation shows the tight network of companies, non-profits and financial interests that Bare has to battle against.

Long before Bare was diagnosed with a rare, devastating disease, he had faced a lifetime’s worth of adversity.

He was paralyzed from the waist down in a car crash.

“I was driving to work and a deer jumped in front of me,” Bare said.

“I swerved, hit an embankment, went off the other side. Woke up in a helicopter.”

Not long before that, his young daughter passed for unknown reasons.

But Bare is a fighter. He threw himself into the gym and became a bench-pressing machine. He even contemplated competing in the Paralympics.

“It makes me feel normal like I can do things that not a lot of people can do,” Bare said.

Bare was eventually given another diagnosis after he started feeling numbness in his hands and arms.

Bare has Medicare, which covered Hizentra when a nurse was administering it to him in the comfort of his own home. But the insurance rules meant it wasn’t covered when the nurse left and he could start administering the drug himself at home.

After five appeals, a judge finally ruled in Bare favor saying that his sponsor would have to cover Hizentra on Part D. He was paying almost nothing for the drug after a hardship waiver from the drug manufacturer.

But just a few months later he received a letter saying that Hizentra coverage would switch from Medicare Part D to Part B.

“The way the Medicare system is set up around Hizentra is going to make it difficult for him to access Hizentra in the home, honestly,” Logan Davis told WBTV.

Logan Davis is the past board chair of the National Home Infusion Association and VP at VitalCare Infusion Services.

The NHIA wrote a letter to the Centers for Medicare and Medicaid Services saying that for people like Shane, who don’t have supplemental insurance with Medicare, the switch from D to B for Hizentra could be a financial death sentence.

“The result of this shift will create a significant hardship that has the very real potential to negatively impact access and adherence, especially for the 19% of Medicare beneficiaries without some type of supplemental coverage,” the letter said.

Baer says his new out of pocket would be about $10,000 a month. He’s looked into supplemental insurance but says nothing that he could qualify for would move the needle on the price.

Hizentra is manufactured by CSL Behring and in a press release, the company praised the switch to Part B, claiming it would increase patient access and decrease out of pocket costs. The GBS/CIDP Foundation International also supported the change.

“Makes you question why is there such a motivation by a certain group of stakeholders around you know things living in Part B?” Davis said.

The switch to Part B is part of a of what’s called a Local Coverage Determination. CMS records do not show how LCDs are generated or what entities propose them, and CMS did not answer those questions when asked by WBTV.

WBTV reached out to CSL Behring and the GBS/CIDP Foundation to ask why the switch to Part B happened and for data to back up their claims.

CSL and the Foundation both provided statements saying Hizentra would be cheaper for people on Part B with supplemental coverage but did not answer specific questions about how the decision impacts their finances.

For people like Shane, the switch to Part B makes it far more expensive than it is for anyone on Part D. For him, it’s impossible to afford and he says he can feel the symptoms of the CIDP coming back.

“I was prepared for that, but man I don’t like it,” Bare said fighting back tears.