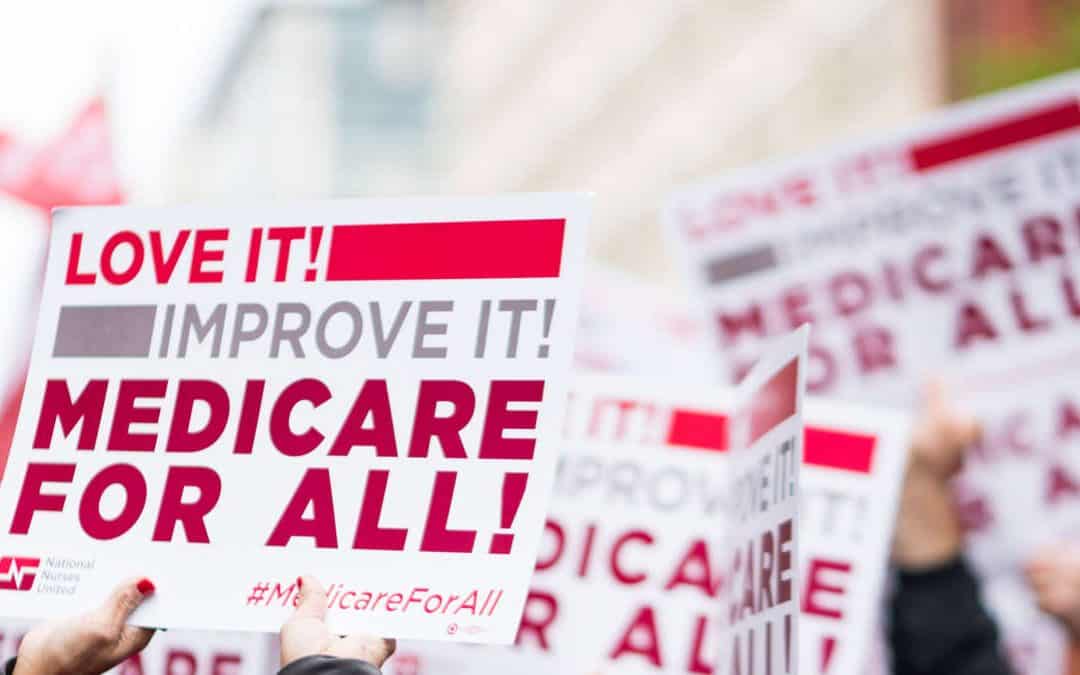 The United States is one of the richest countries in the world, yet its poverty rates are higher and its safety nets are far weaker than those of other industrialized nations. It is also the only large rich country without universal health care. In fact, as Noam Chomsky argued in Truthout, the U.S. health system is an “international scandal.”

Why is the U.S. an outlier with regard to health care? What keeps the country from adopting a universal health care system, which most Americans have supported for many years now? And what exactly is Medicare for All? On the eve of scheduled marches and rallies in support of Medicare for All, led by various organizations such as the Sunrise Movement, Physicians for a National Health Program, the Democratic Socialists of America and concerned citizens throughout the country, the interview below with Peter S. Arno, a leading health expert, sheds light on some key questions about the state of health care in the United States.

Peter S. Arno is senior fellow and director of health policy research at the Political Economy Research Institute at the University of Massachusetts-Amherst, and a senior fellow at the National Academy of Social Insurance. Among his many works is his Pulitzer Prize-nominated book, Against the Odds: The Story of AIDS Drug Development, Politics & Profits.

C.J. Polychroniou: U.S. health care is widely regarded as an outlier, with higher costs and worse outcomes than other countries. Why are health care expenditures in the U.S. significantly higher than those of other industrialized countries? And how do we explain poor health outcomes, including life expectancy, compared to most European nations?

Peter Arno: The short answer as to why the U.S. has the highest health care expenditures in the world is simply that, unlike other developed countries, we exercise very few price constraints on our health care products and services, ranging from drugs, medical devices, physician and hospital services to private insurance products. On a broader level, the corporatization and profits generated from medical care may be the most distinguishing characteristics of the modern American health care system. The theology of the market, along with the strongly held mistaken belief that the problems of U.S. health care can be solved if only the market could be perfected, has effectively obstructed the development of a rational, efficient and humane national health care policy.

Despite the U.S.’s outsized spending on health care, its relatively poor health outcomes are beyond dispute. For example, in 2019, the U.S. ranked 36th in the world in terms of life expectancy at birth — behind Slovenia and Costa Rica, not to mention Canada, Japan and all the wealthy countries in Europe. This is not solely, as one might at first think, a function of racial and ethnic health disparities, as dramatic as they are in the U.S. A recent study found that even white people living in the nation’s highest-income counties often have worse health outcomes on infant mortality, maternal mortality, and deaths after heart attack, colon cancer and childhood leukemia than the average citizens of Norway, Denmark, and other wealthier countries.

The relatively poor health outcomes in the U.S. require a more nuanced explanation based on income, wealth and power inequalities. These factors drive inadequate and inequitable access to health care. But they also undermine many of the social determinants of health, particularly for poor and vulnerable populations, which fall largely outside the health care sector. These include, for example, higher income, access to healthy food, clean water and air, adequate housing, safe neighborhoods, etc.

Given the above facts, it’s important to ask: Why doesn’t the U.S. have universal health coverage?

The simple answer is that the economic and political forces that profit greatly from the status quo are opposed to universal health coverage. It’s certainly not too complicated to implement such a system — nearly every wealthy country in the world has figured out how it can be done. Many academics and pundits point to surveys indicating that Americans are fearful of change and are satisfied with the status quo, in particular with their employer-based health insurance (which covers more than 150 million workers and their families). In part, these attitudes are understandable. Most people are healthy and thus are not faced with the inequities and indignities that befall those who become ill and must deal with the private insurance industry and a dysfunctional health care system. Additionally, the true costs of health care are often hidden from workers who receive their insurance through jobs in which insurance premiums are automatically deducted from their paychecks. Even less well understood is the fact that we all subsidize employers’ contributions to workers’ health insurance with more than $300 billion of our tax dollars (employer contributions are not taxed but are considered a line item in the federal budget). But public sentiment is changing as health care expenditures continue to outpace earnings. Over the past 10 years, insurance premiums have risen more than twice as fast as earnings, while deductibles rose more than six times as fast. And the even more rapidly rising price of prescription drugs has particularly captured the public’s attention. This is likely because prescription drug prices rose by 33 percent between 2014 and 2020, and the average price of new cancer drugs now exceeds $100,000 per year. There is also an increasing public recognition of the massive and growing medical debt burden. One recent study estimated that nearly 1 out of 5 individuals in the U.S. collectively had $140 billion worth of medical debt in collections in June 2020.

You have done outstanding research on the economics and politics of AIDS. How did your background in AIDS research shape your views on health care and social insurance?

My background in AIDS research, which began in the mid-1980s as the epidemic exploded around the country, highlighted a central weakness of American health care — if you become ill and lose your job, you frequently lose your health insurance. Thus, at the point when you need it most, you lose access to health care. This was driven by the private health insurance profit-maximizing model, the reliance on employment-based insurance and the lack of recognition of health care as a human right. The Affordable Care Act provided some mitigation but, with tens of millions uninsured today, these issues are still with us.

Another dimension of American health care that came into sharper focus for me was the sheer power of dominant stakeholders, such as the pharmaceutical companies, to extract profits with little restraint. The clearest example of this is perhaps the relentless increase in drug prices, which one could argue began when the first AIDS drug, AZT, was marketed at $10,000 per year in 1987; today we have cancer drugs sold at more than 10 times that price.

The term “Medicare for All,” as it is commonly known and described in congressional bills such as the Medicare for All Act of 2021 (H.R. 1976, which currently has 117 co-sponsors in the House of Representatives), is a short-hand expression for a universal, single-payer health care system. Essentially, this means that health care will be provided to all U.S. residents and a single payer — the federal government — will pay all bills. The Act’s summary states in part:

Among other requirements, the program must (1) cover all U.S. residents; (2) provide for automatic enrollment of individuals upon birth or residency in the United States; and (3) cover items and services that are medically necessary or appropriate to maintain health or to diagnose, treat, or rehabilitate a health condition, including hospital services, prescription drugs, mental health and substance abuse treatment, dental and vision services, and long-term care.

The bill prohibits cost-sharing (e.g., deductibles, coinsurance, and copayments) and other charges for covered services. Additionally, private health insurers and employers may only offer coverage that is supplemental to, and not duplicative of, benefits provided under the program.

The “single payer” aspect of Medicare for All has several crucial virtues. First, it would do away with the thousands of private claim processes that currently exist to service the private insurance industry, thereby reducing an enormous amount of bureaucratic waste that is estimated to be in the hundreds of billions of dollars each year. At the same time, with the negotiating power given to the federal government, prices for pharmaceuticals, medical devices, and other medical expenditures could be brought under control. But most importantly, the single-payer approach is the most realistic approach to providing health care to all Americans.

Medicare for All marches and rallies are taking place in scores of cities across the country on Saturday, July 24. In fact, there is ample evidence that most Americans already support universal health care. But can we have health care reform without reforming the political system?

There is no doubt that the road to Medicare for All is an uphill struggle, given the array of political and economic forces that benefit from the status quo. However, the more than 50 marches and rallies around the country on July 24 reflect not only public support for transformative change in our health care system, but the type of movement building that is necessary to carry out this change. A complementary strategy, which could ignite a national consensus, would be a breakthrough success for a Medicare for All-type program at the state level, particularly in large states such as California or New York, where organizing efforts have been underway for several years. This could well have a cascading effect on other states and ultimately at the federal level. The common strategic thread for success at the state or federal level, is building a strong, popular social movement demanding universal health coverage for all.