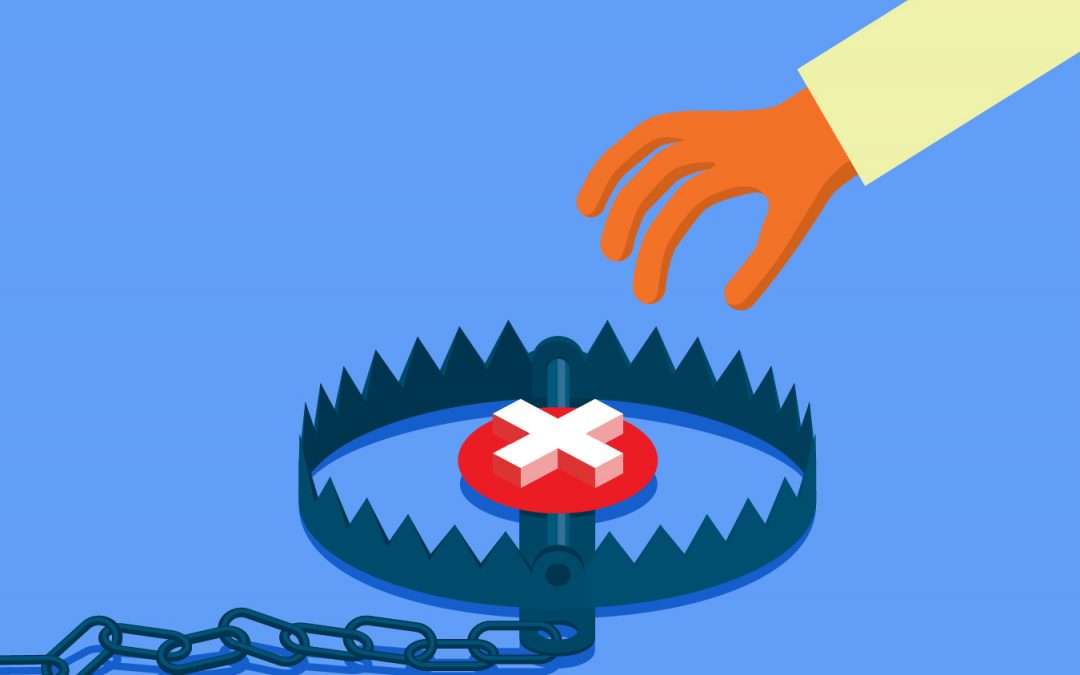 Finding the best private Medicare drug or medical insurance plan among dozens of choices is tough enough without throwing misleading sales tactics into the mix.

Yet federal officials say complaints are rising from seniors tricked into buying policies — without their consent or lured by questionable information — that may not cover their drugs or include their doctors. In response, the Centers for Medicare & Medicaid Services has threatened to penalize private insurance companies selling Medicare Advantage and drug plans if they or agents working on their behalf mislead consumers.

The agency has also revised rules making it easier for beneficiaries to escape plans they didn’t sign up for or enrolled in only to discover promised benefits didn’t exist or they couldn’t see their providers.

The problems are especially prevalent during Medicare’s open-enrollment period, which began Oct. 15 and runs through Dec. 7. A common trap begins with a phone call like the one Linda Heimer, an Iowa resident, received in October. She won’t answer the phone unless her caller ID displays a number she recognizes, but this call showed the number of the hospital where her doctor works.

The person on the phone said she needed Heimer’s Medicare number to make sure it was correct for the new card she would receive. When Heimer hesitated, the woman said, “We’re not asking for a Social Security number or bank numbers or anything like that. This is OK.”

“I can’t believe this, but I gave her my card number,” said Heimer. Then the caller asked questions about her medical history and offered to send her a saliva test “absolutely free.” That’s when Heimer became suspicious and hung up. She contacted the 1-800-MEDICARE helpline to get a new Medicare number and called the AARP Fraud Watch Network Helpline and the Federal Trade Commission.

But later that morning the phone rang again and this time the caller ID displayed a number matching the toll-free Medicare helpline. When she answered, she recognized the voice of the same woman.

“You’re not from Medicare,” Heimer told her.

“Yes, yes, yes, we are,” the woman insisted. Heimer hung up again.

It’s been only two weeks since Heimer disclosed her Medicare number to a stranger and, so far, nothing’s gone wrong. But armed with that number, scammers could bill Medicare for services and medical supplies that beneficiaries never receive, and the scammers could sign seniors up for a Medicare Advantage or drug plan without their knowledge.

In California, reports of deceptive sales practices for Medicare Advantage and drug plans have been the top complaints to the state Senior Medicare Patrol for the past two years, said Sandy Morales, a case manager for the group. The patrol is a federally funded program that helps seniors untangle insurance problems.

Nationwide, the Senior Medical Patrol has sent 74% more cases in the first nine months of this year than in all of 2020 to CMS and the Health and Human Services Inspector General for investigation, said Rebecca Kinney, director of the Administration for Community Living’s Office of Healthcare Information and Counseling at HHS, which oversees the patrols. She expects more complaints to come in during Medicare’s open-enrollment period.

Kathryn Coleman, director of CMS’ Medicare Drug and Health Plan Contract Administration Group, said in a memo to insurers that the agency is concerned about ads widely promoting Advantage plan benefits that are available only in a limited area or to a restricted number of beneficiaries. CMS has also received complaints about sales information that could be construed as coming from the government and pressure tactics to get seniors to enroll, she noted.

Coleman reminded the companies they are “accountable and responsible for their marketing materials and activities, including marketing completed on a MA plan’s behalf” by sales representatives. Companies that violate federal marketing rules can be fined and/or face enrollment suspensions. But a CMS spokesperson could not provide examples of recent violators or their penalties.

If beneficiaries discover a problem before March 31, the date the three-month disenrollment period ends each year, they have one chance to switch to another plan or to original Medicare. (Those who choose the latter may be unable to buy supplemental or Medigap insurance, with rare exceptions, in all but four states: Connecticut, Maine, Massachusetts and New York.) After March, they are generally locked into their Advantage or drug plans for the entire year unless they’re eligible for one of the rare exceptions to the rule.

CMS this year spelled out another remedy for the first time.

Officials can grant a “special enrollment period” for people who want to leave their plan because of deceptive sales tactics. These include “situations in which a beneficiary provides a verbal or written allegation that his or her enrollment in a MA or Part D plan was based upon misleading or incorrect information … [or] where a beneficiary states that he or she was enrolled into a plan without his or her knowledge,” according to the Medicare Managed Care Manual.

“This is a really important safety valve for beneficiaries that clearly goes beyond just the limited opportunity to switch plans when someone feels buyer’s remorse,” said David Lipschutz, associate director of the Center for Medicare Advocacy. To use the new option, beneficiaries should contact their state’s health insurance assistance program at .

The option to leave is also available if a significant number of plan members are unable to access the doctors or hospitals that were supposed to be in the provider network.

Nonetheless, the scams continue around the country, experts say.

A misleading television commercial in the San Francisco area has enticed seniors with a host of new benefits including dental, vision, transportation benefits and even “money back into your Social Security account,” said Morales. Beneficiaries have told her group that when they called for information they were “erroneously enrolled into a plan that they never gave permission to enroll into,” she said.

In August, an Ohio senior received a call from someone telling him Medicare was issuing new cards because of the covid-19 pandemic. When he wouldn’t provide his Medicare number, the caller became angry and the beneficiary felt threatened, said Chris Reeg, director of the Ohio Senior Health Insurance Information Program.

Reeg said another senior received a call from a salesperson with bad news: She wasn’t getting all the benefits from Medicare she was entitled to. The beneficiary provided her Medicare number and other information but didn’t realize the caller was enrolling her in a Medicare Advantage plan. She found out when she visited her doctor, who did not accept her new insurance.

In western New York, the culprit is an official-looking postcard, said Beth Nelson, the state’s Senior Medicare Patrol director. “Our records indicate … you may be eligible to receive additional benefits,” it says, enticingly. When Nelson’s client called the number on the card in September for more details, she provided her Medicare number and later ended up in a Medicare Advantage plan without her consent.

Heimer’s scammer was persistent. When the stranger tried to reach her a third time, Heimer said, the caller ID displayed the phone number of another local hospital. She told the woman she had reported the calls to CMS, the AARP Fraud Watch Network Helpline and the FTC. That finally did the trick — the woman abruptly hung up.