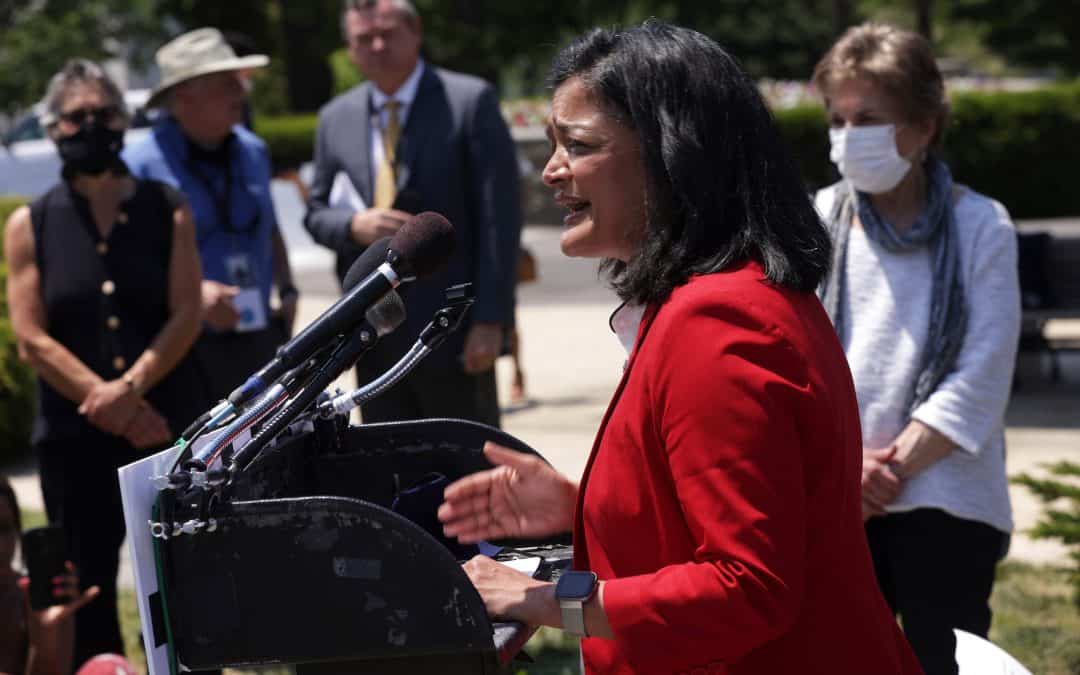 A majority of the House Democratic caucus, 156 members, signed a letter to the White House attempting to pressure President Biden to keep his campaign promise and expand Medicare by lowering the eligibility age and adding dental, vision and hearing coverage.

Rep. Pramila Jayapal (D-Wash.), who leads the House’s progressive wing, and centrist Rep. Jared Golden (D-Maine), along with Rep. Conor Lamb (D-Pa.) have joined forces to urge both the president and Vice President Kamala Harris to include a major expansion of Medicare in the administration’s infrastructure package.

In the letter, lawmakers say they want Medicare’s eligibility age to be lowered from 65 to 60, adding approximately 23 million Americans to the program. The House Democrats are also looking for improvements to the program by adding coverage for dental, vision, and hearing — something that according to Jayapal “nearly 80 percent of older voters want.”

Additionally, the lawmakers want Medicare empowered to negotiate for drug prices, which the Congressional Budget Office has estimated would save approximately $450 billion over the next decade.

“We are asking for you to prioritize the expansion and improvement of Medicare in the American Families Plan,” wrote the 156 lawmakers. “Lowering the Medicare eligibility age and improving its benefits would provide immediate and substantial relief for millions of individuals throughout the United States, as well as much-needed long-term security.”

“To pay for Medicare expansion, we believe Medicare and the federal government must finally be able to negotiate with pharmaceutical companies to lower the high price of prescription drugs,” they wrote.

Congressman Golden pointed out how the Department of Veterans Affairs is able to negotiate drug prices and saves billions because of it.

“I helped lead this effort because I represent one of the oldest & most rural districts in the country,” Golden tweeted. “Allowing Americans 60+ to get the Medicare benefits they’ve paid into for their entire working lives would be a huge win for my constituents.”

Golden added, “Crucially, we can pay for it by lowering Rx drug costs. We’d save $100s of billions by allowing Medicare to negotiate lower drug prices — which the VA already does for veterans — and we can use those savings to help over 100,000 Mainers get more affordable health care at 60.”

The congressman is correct. A study by the Government Accountability Office found that the VA paid an average of 54 percent less per unit than Medicare, even after taking into account rebates and discounts that Medicare Part D receives.

“Now is a historic opportunity to also make an important expansion of Medicare that will guarantee health care for millions of older adults and people with disabilities struggling with the health and economic realities of the COVID-19 pandemic,” the letter said.

In a post on her congressional website, Jayapal noted the popularity of Medicare, citing a Gallup poll that showed 65 percent of all Americans are in favor of lowering the program’s eligibility age.

“Even a majority of people who cast their votes for Donald Trump back expanding Medicare,” Jayapal wrote.