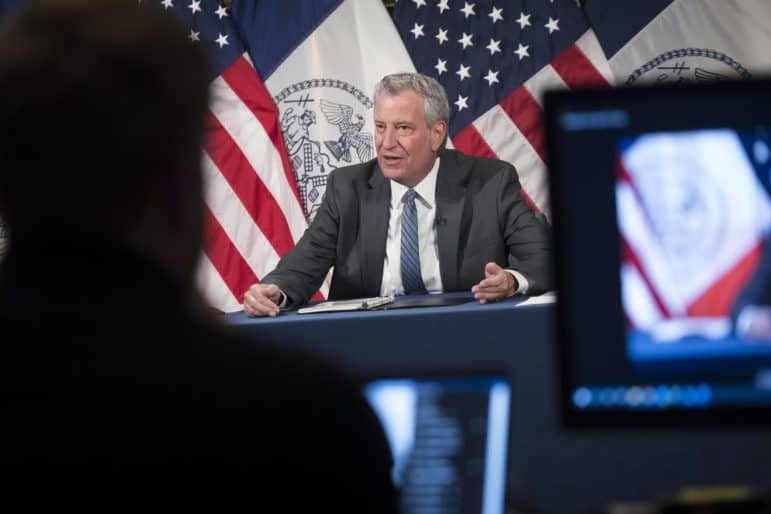 Mayor Bill de Blasio in July announced an agreement with the Municipal Labor Committee to implement the NYC Medicare Advantage Plus Program for city retirees.

Here’s why. Medicare Advantage, also known as Medicare Part C, is not Medicare. It’s private insurance masquerading as Medicare for those who are eligible. For all practical purposes, it’s indistinguishable from the employment-based health insurance many had before retirement and it’s provided by the same insurance companies i.e., United Healthcare, Blue Cross/Blue Shield, Aetna, Humana, Cigna, and in this case, Emblem Health and Empire Blue Cross Blue Shield. Like those plans, monthly premiums are paid to the insurer. And while some Medicare Advantage plans don’t have a premium, as with any private plan, it’s the insurer that controls coverage and increasingly, medical decisions.

The unholy union of Medicare and private insurance is perplexing, often misleading, and filled with mind-numbing language; its financing even more so. No wonder so many municipal employees are confused. It confuses some of the most dedicated policy experts; mere mortals haven’t got a prayer.

A form of this public/private partnership dates all the way back to Medicare’s beginnings, but Medicare Advantage as we now know it goes back to the Clinton administration. It allows Medicare (a federal, taxpayer-funded program) to contract with private, for-profit health insurance companies that are paid an annual fee for each Medicare beneficiary they sign up. The sicker the beneficiary, which is almost a given in this demographic, the higher the fee. As recent investigations have demonstrated, fraud is not uncommon in Medicare Advantage plans.

This multi-billion-dollar insurance quagmire, which includes the pharmaceutical industry because distribution is controlled by the same companies, defines what passes for a healthcare system in the United States. The insurance industry wants you to believe that you’re better off buying their insurance rather than sticking with the federally-administered traditional Medicare. The industry is most certainly better off; profits are through the roof. The beneficiaries and the taxpayers, not so much, despite what their celebrity fronts tell you.

A Medicare Advantage customer can’t use the government-issued red, white, and blue Medicare card when going to the hospital or doctor. Instead, an ID card from the insurance company is required. Customers are confined to a network of doctors, hospitals, and non-hospital treatment facilities. That’s far fewer providers and facilities than accept traditional Medicare. And networks exist to cut costs and increase insurance company profits, which they do very well.

When a Medicare Advantage customer is asked about their insurance when calling for a healthcare appointment, many assume they have Medicare, and tell that to the doctor’s office. But many also get a nasty surprise, sometimes months later, once they arrive for care and discover the doctor is not in network.

What’s more, doctors move in and out of networks all the time so there’s no guarantee that someone in your network today will be there next week. Stability is important in healthcare and even more so the older one gets. Studies indicate that more and more doctors are opting out of Medicare Advantage plans completely because the reimbursement rate is so low and the paperwork to wring it out takes up too many staff hours.

In addition, Medicare Part D, often included in Medicare Advantage or available as a stand-alone component with traditional Medicare, limits drug coverage to the company’s formulary. And there are better, often cheaper ways to get the drugs your doctor prescribes.

Toni L. Kamins is a journalist and the creator and publisher of the Medicare Reporter on Substack.