Republicans at it again, publicly plotting how they’ll end Social Security and Medicare 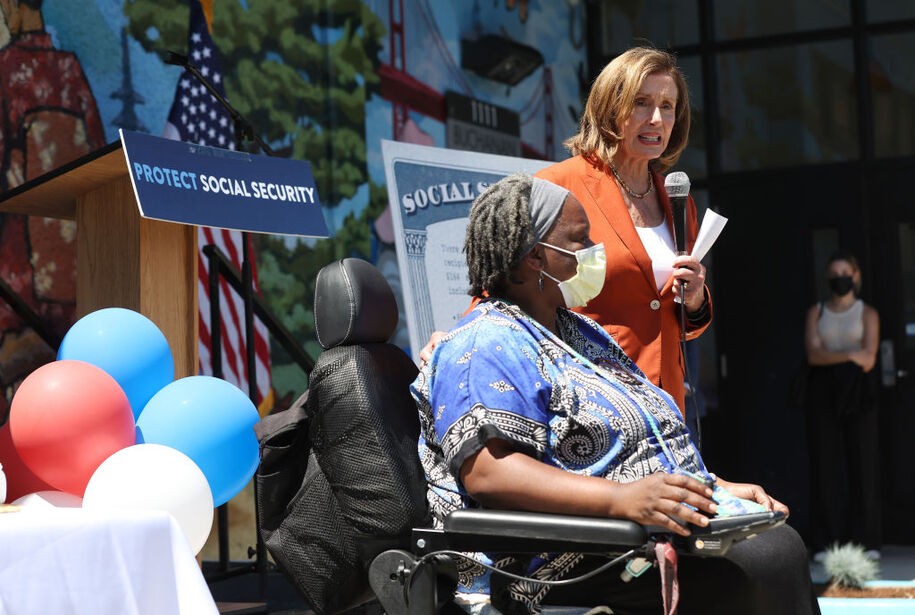 They really can’t help themselves: Republicans are just incapable of not talking about how much they want to end Social Security, Medicare, and Medicaid and pretty much anything else that helps people. They also can’t help themselves from previewing the havoc they would wreak in hostage-taking should they get Congress back.

Now they’ve combined the two, taking the debt ceiling hostage and threatening to shoot it if they don’t get cuts to social insurance programs. Bloomberg reports that the “four Republicans interested in serving as House Budget Committee chairman in the next Congress said in interviews that next year’s deadline to raise or suspend the debt ceiling is a point of leverage if their party can win control of the House in the November midterm elections.”

Among those four is Rep. Jason Smith of Missouri, who is ranking member of the House Budget Committee. Right now he’s angling for the chair of the Ways and Means Committee, but if he doesn’t get that, he’ll stay put on budget. The other three are Reps. Jodey Arrington of Texas, Buddy Carter of Georgia, and Lloyd Smucker of Pennsylvania. They all want to use the debt limit, which will probably be reached about this time next year, to cut what they call entitlements.

Everything is too important to let Republicans get anywhere near making decisions about. Help us keep the House out of their hands to save, well, everything.

“Our main focus has got to be on nondiscretionary—it’s got to be on entitlements,” Carter said. They know it’s politically risky, if they talk about it too much—“this can get so politicized,” Arrington laments. But they’re still going to go there and push the thing that is so politically volatile because it matters to the majority of Americans. Because, they all agree, any kind of tax increase on anyone to raise revenue is completely out of the question. Off the table. They care about the deficit, sure, but not enough to make their real constituents—rich people and corporations—contribute to fix it.

Democrats are clear in their message combating this. “House Republicans are openly threatening to cause an economic catastrophe in order to realize their obsession with slashing Medicare and Social Security,” Henry Connelly, a Pelosi spokesman, said Tuesday. “As House Republican leaders’ own words constantly reveal, dismantling the pillars of American seniors’ financial security is not a fringe view in the extreme MAGA House GOP, it is a broadly held obsession at the core of their legislative agenda.”

Republicans all know it’s political suicide to talk about cuts to these programs—they saw what happened when former President George W. Bush tried to take his second term win for a ride and privatize Social Security. So they’re taking the sneaky route of a long, slow, painful death for the programs by raising the eligibility age. That doesn’t affect the people they want and need to vote for them this fall, who are retired and near retirement folks. So it’s only common sense, Arrington said, to raise the eligibility age for both programs. So only younger people who are right now paying into these insurance programs with the promise of security down the line will be screwed.

They’re also talking about the perennial plot to undermine the strength of the programs with means testing. “We should ensure that we keep the promises that were made to the people who really need it, the people who are relying on it,” Smucker said. “So some sort of means-testing potentially would help to ensure that we can do that.”

So it’s means testing for retirement programs and, of course, work requirements for all the other programs, focused on “welfare reform, making sure that work requirements are put in place for able-bodied healthy adults,” Smith said. “We need to make sure income verification are in place for welfare programs.” Never mind that most of the people receiving food assistance work or are in a household where someone works. Or that the same is true for Medicaid enrollees (pre-pandemic). Most of the rest are retired, disabled, or taking care of children or disabled family members. And these programs lift millions of society’s most vulnerable citizens—the elderly poor, children, and disabled people—out of abject poverty.

The brilliance of these programs is that everyone contributes. They are built collectively by everyone. Of course that doesn’t stop the resentment of the fact that their contributions might be going to people they deem unworthy, but it is the most fair and just policy program ever enacted in this country. Undermining that is key to undermining the programs, which is essential for eventually killing them. They’re too popular and too important to Americans to go after directly now. So the Republican plan has been to chip away and chip away until there’s little option left beyond privatization—the end of government social insurance and Wall Street getting all our money. As usual.

Republicans want to blow all this up, and they’re willing to risk America’s standing in the global financial system—not to mention the stability of that system itself—to do it. Somehow they’re still considered the fiscally responsible party.

They can’t be given that opportunity.

There are thousands of elections on the ballot this year, and Democratic campaigns all over the country need your help to get out the vote. Mobilize is your one-stop shop to get connected with campaigns anywhere in the country that need volunteers to call, text, write, and knock on doors. Click here to view GOTV opportunities near you.

Republicans just can’t help themselves. They have to talk about cutting Social Security and Medicare

We have to save the world from Kevin McCarthy. No, really