Sanders Introduces Medicare for All as Solution to “Dysfunctional” Health System 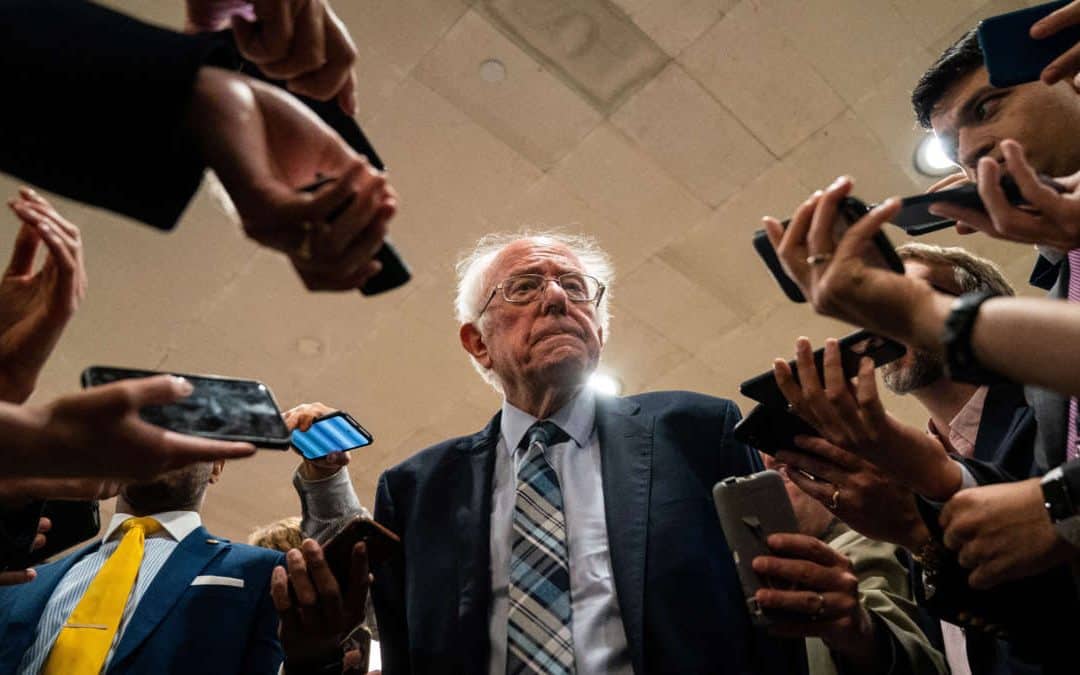 For the first time since 2019, Sen. Bernie Sanders (I-Vermont) reintroduced his proposal to establish Medicare for All in the U.S., the only wealthy country in the world without universal health care.

Sanders introduced the legislation with 14 cosponsors on Thursday “to guarantee health care in the United States as a fundamental human right to all,” according to his press release. The Medicare for All Act of 2022 would establish a universal health care system over the next four years, gradually broadening the existing Medicare system until all medical benefit areas and all members of the public are covered.

Under the proposal, any member of the public can access whichever health care provider or health facility they want, without worrying about whether or not their care is covered. It would also allow Medicare to negotiate drug prices to lower costs for the government and individuals.

The bill’s introduction came as the Senate Budget Committee, of which Sanders is the chair, held a hearing on the subject on Thursday. The aim of the hearing, entitled “Medicare for All: Protecting Health, Saving Lives, Saving Money,” is to examine the benefits of Medicare for All both for public health and for the economy – and the benefits, Sanders says, would be vast.

Medicare for All has been kicked around as a concept in the U.S. since as early as the 1960s, when Medicare was originally established. Though lawmakers and activists have advocated for it for decades, Sanders brought the concept into the mainstream during his 2016 presidential run. In the years since, it has become a rallying cry for progressive activists and lawmakers.

In his opening statement on Thursday, Sanders emphasized that he believes the debate over Medicare for All isn’t really about the merits or demerits of the system, but rather a struggle between the wants and needs of the American people versus the health insurance and pharmaceutical industries.

“Let’s be clear about something – and this is maybe the most important point that I want to make – the current debate that we’re having on health care and Medicare for all really has nothing to do with health care. Because, in my view, this dysfunctional health care system cannot be rationally defended,” he said.

“What this debate has everything to do with is the unquestionable greed of the health care industry and their desire to maintain a system which fails the average American but which makes the industry huge profits year after year after year,” he continued.

Ultimately, since the health care industry operates as a for-profit enterprise, it will always put profits before the health of its customers, Sanders emphasized. He pointed out that, while millions of Americans lost health insurance or struggled to pay for needed medications or visits during the pandemic, insurers raked in hundreds of billions of dollars. Meanwhile, compensation for executives at insurance companies shot up 31 percent between 2019 and 2020.

Americans spend trillions of dollars per year on health care, yet experience worse health outcomes than people in countries with universal health care, while insurers and lobbyists take that money and spend it on lobbying to keep the system the way it is, the lawmaker said.

Though Medicare for All would be expensive to implement, the conservative Congressional Budget Office (CBO) has found that it would save Americans billions of dollars each year, making it less expensive than the current system – with the added benefit that Americans would no longer have to deal with piles of bills and the tedious bureaucracy of private insurers.

“This is an issue that has to be dealt with. Medicare for All will become the law of the land – if not now, then in the future,” Sanders concluded. “Because this is what the American people want.”