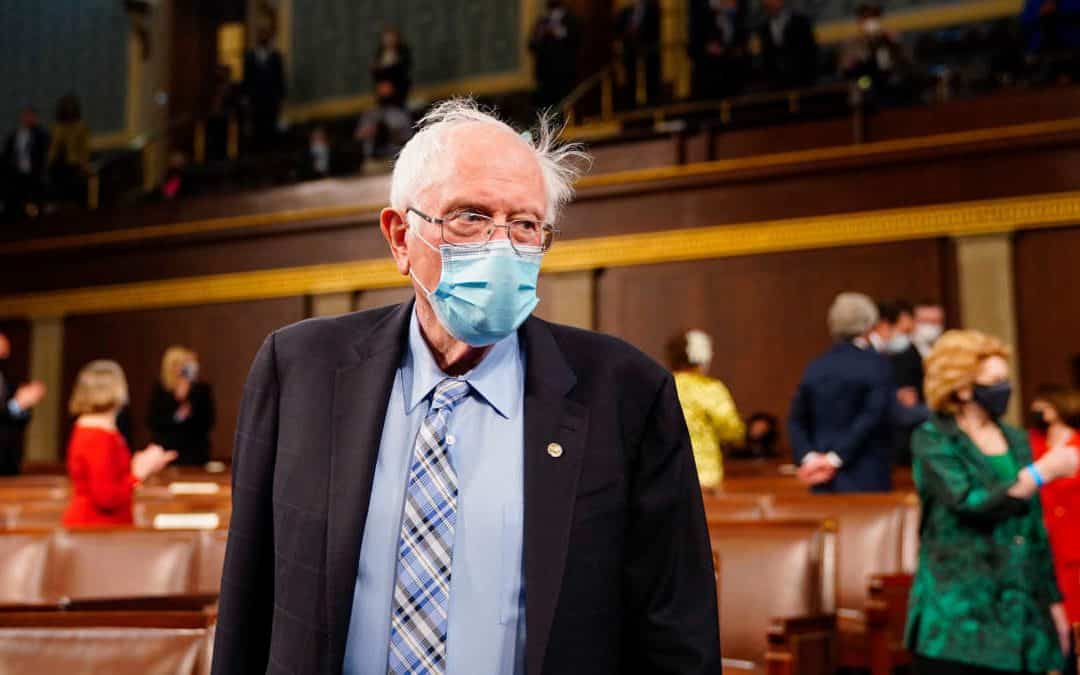 Sen. Bernie Sanders (I-Vermont) criticized the pharmaceutical industry and called for an expansion of Medicare in a new op-ed published in The Guardian on Monday.

Sanders also called for lowering the eligibility age for Medicare, which is currently 65. “[W]e must lower Medicare eligibility for the millions of older workers who are in desperate need of healthcare,” he wrote. Now is the time to take bold steps on expanding access to Medicare, Sanders said, as Democrats have control of Congress and the White House.

In the op-ed, Sanders reiterated his call for allowing the government to negotiate for prescription drug prices and excoriated the pharmaceutical industry. “The lobbying power of the big drug companies means they are ripping off the government and charging the American people any price they want,” he wrote. “Because of the power of the pharmaceutical industry all Americans are forced to pay, by far, the highest prices in the world for prescription drugs.”

Recent studies have shown that Americans do indeed pay an absurdly high price for prescription drugs. A U.S. Government Accountability Office report commissioned by the Vermont senator found that prescription drugs are two to four times more expensive in the U.S. than they are elsewhere, with some drugs costing as much as 10 times more.

The government can use the money saved by negotiating lower drug prices with pharmaceutical companies, Sanders writes, toward essential Medicare expansions.

“What we are fighting for now is the very definition of a win-win-win situation,” he wrote. “Seniors pay lower prices for prescription drugs and receive hearing, vision and dental care. Millions more Americans become eligible to participate in the Medicare program. And we lower prescription drug costs for all Americans.”

Sanders’s op-ed comes after House Democrats sent President Joe Biden a letter also urging him to expand Medicare and require Medicare to negotiate lower drug prices. “As we emerge from the COVID-19 pandemic — the nation’s most acute health care crisis in the last century — now more than ever, we must ensure that families and older adults are equipped with the health coverage they need,” the 88 Democrats wrote.

Senators, including Sanders, recently also made the same request of Biden, saying “We have an historic opportunity to make the most significant expansion of Medicare since it was signed into law.”

Biden’s recently released American Families Plan doesn’t contain expansions to Medicare or prescription drug price negotiations, despite campaign promises that he would address both issues. The president has previously supported lowering the Medicare eligibility age to 60 but has yet to put out a plan for doing so.