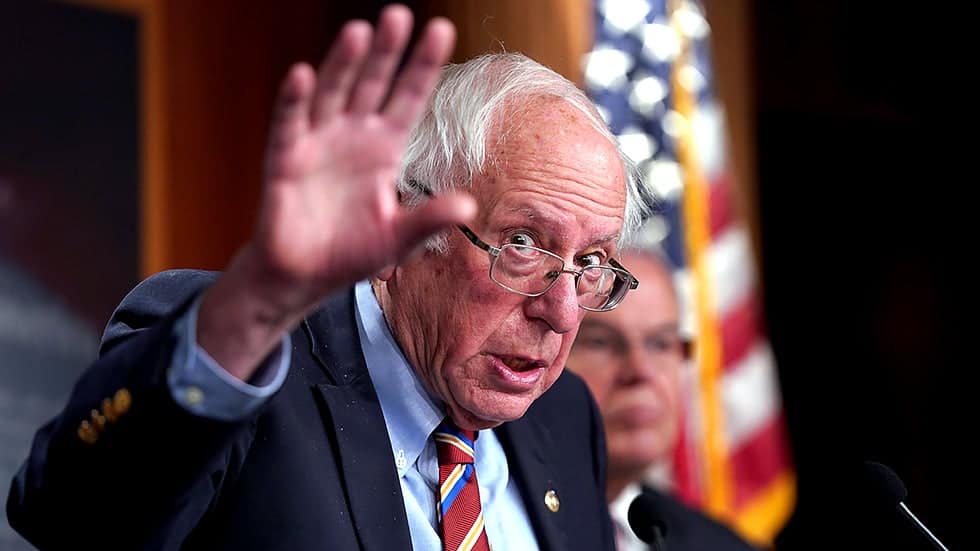 In a letter sent to President Biden Joe BidenManchin to vote to nix Biden’s vaccine mandate for larger businesses Congress averts shutdown after vaccine mandate fight Senate cuts deal to clear government funding bill MORE on Friday, Sanders called on him to “prevent the outrageous increase in Medicare Part B premiums associated with the potential approval of the Alzheimer’s drug Aduhelm.”

He said the administration should delay Medicare’s approval for use of Aduhelm until it is deemed safe and effective, and take executive action to reinstate and expand the reasonable pricing clause requiring drug makers that receive federal funding to charge reasonable prices for prescription drugs and treatment

About half of that increase is due to contingency planning to make sure the program has enough money to pay for Aduhelm if Medicare decides to cover it.

The drug, manufactured by Biogen, has drawn controversy both for its price, at $56,000 per year, and because the Food and Drug Administration approved it despite doubts from experts about its effectiveness.

Medical centers like the Cleveland Clinic and Mount Sinai Health System declared they would not administer Aduhelm, and the Department of Veterans Affairs and other insurers did not put the drug on their VA National Formulary.

Administration officials emphasized that most people on Medicare will also be getting a large cost of living increase in their Social Security payments next year, which they said would more than offset the rise in Medicare costs for many seniors.

Still, Sanders said it would be “absolutely unacceptable” to force seniors to pay for the cost of a drug that hasn’t been scientifically proven to work.

“Biogen’s $56,000 price of Aduhelm is the poster child for how dysfunctional our prescription drug pricing system has become,” Sanders wrote. “The notion that one pharmaceutical company can raise the price of one drug so much that it could negatively impact 57 million senior citizens and the future of Medicare is beyond absurd. With Democrats in control of the White House, the House and the Senate we cannot let that happen.”

Sanders’s letter comes as Democrats are trying to bring drug prices under control, but have had to back down from some of the most aggressive tactics proposed for President Biden’s Build Back Better plan.