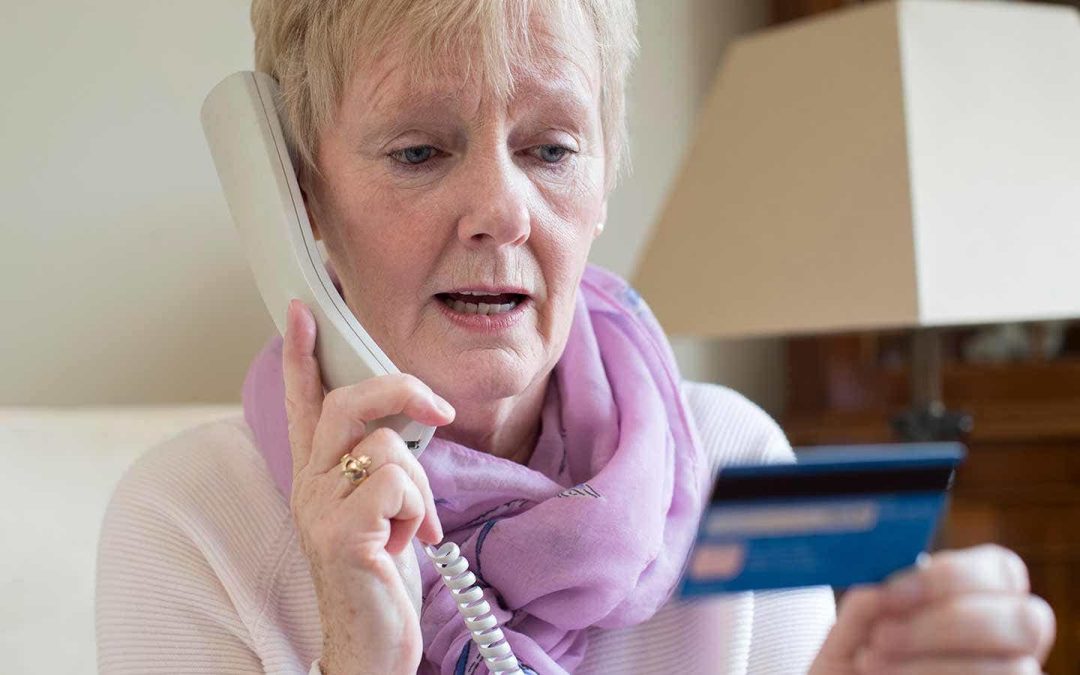 Widespread Medicare Advantage (MA) marketing scams and deception often result in beneficiaries getting switched — without their knowledge or consent — to plans that don’t cover their providers or their needs, according to a new report from the Majority Staff of the U.S. Senate Committee on Finance.

Committee Chairman Ron Wyden (D-Ore.) and fellow members give examples of “bait and switch” schemes, “aggressive” and “sneaky tactics,” and “predatory actions,” such as agents approaching seniors in grocery stores and giving out “false and misleading information,” or distributing materials that falsely imply they’re from Medicare or another federal agency rather than a private company.

They noted that MA plan advertisements are not harmless. “Some people who fall victim to marketing and enrollment scams delay care because of confusion over their benefits and coverage instability. Many feel frustrated and embarrassed that they were scammed,” they wrote.

“False and misleading marketing advertisements and fraudulent sales practices undermine access to care and the trust beneficiaries have in the Medicare program,” they added.

David Weil, program manager for the SHIP-equivalent program in San Diego, agreed with the committee’s report, noting that “the problem of misleading and false advertising has plagued the Medicare Advantage landscape for the 15 years I’ve been involved with the program.”

“Coupled with unethical and unscrupulous brokers, complaints from beneficiaries always seem to spike in January and February after they discover that what they were told during the annual election period or thought would be the case turns out not to be true. Our counselors then find themselves trying to undo the harm and get them back on the path to positive health outcomes,” he told MedPage Today.

Despite these deceptive practices, the Centers for Medicare & Medicaid Services (CMS), which has reviewing authority over MA marketing materials, made “only one enforcement decision” related to deceptive marketing practices since September 2017. That 2019 action, against Solis Health Plans of Miami, resulted in a fine of only $41,552.

“In the ad, Mr. Namath says, ‘get what you deserve,’ and ‘the benefit that adds money back to your Social Security check.’ After numerous lawsuits, the ad was recently updated to comply with current CMS regulations,” the report noted. “However, it still fails to mention basic information about the MA program, including that not all providers are in-network and was only recently updated to mention that benefits vary by zip code.”

Particularly troublesome for Tatiana Fassieux, an educator with California Health Advocates, a SHIP-affiliated program in Northern California, is the “explosion of new plans without premiums, deductibles, or even co-pays,” which are proving to lack providers in clients’ networks. The TV ads reach large geographic areas, and often enroll beneficiaries in plans with no providers in their county, thus saddling counselors with “the task of unraveling the mess.”

“Even though CMS has placed more restrictions on TV and other media marketing for 2023, third-party marketers do not care!” she told MedPage Today.

A 2020 investigation by the House Committee on Energy and Commerce found that 14,000 third-party agents and brokers across 40 states were tied to the company sponsoring the helpline ads, TogetherHealth, a subsidiary of Benefytt Technologies, formerly known as Health Insurance Innovations, or HII.

Through 1-800 calls and online plan finder tools, TogetherHealth generates “leads” for thousands of agents and brokers with the names of prospective MA beneficiaries in what the report called “a tangled web of actors that regulators must unravel to monitor and regulate MA plan marketing.”

For example, in Missouri, “an elderly consumer in a long-term care facility and without the capacity to make her own decisions called the number advertised on television. During the call, she was switched from one plan to another.”

The report specifically blamed the Trump administration for rolling back “commonsense marketing regulations” in 2018, when they limited the types of materials under regulation and removed the requirement that marketing materials include the consumer grievance and appeals process.

Those regulatory relaxations also removed the requirement that plans terminate unlicensed agents and brokers and notify the enrollee, making it more difficult for regulators to identify bad actors, the report said. It also prevented enrollees from knowing that they could be eligible for a special enrollment period to get into a more suitable plan if they had previously enrolled based on misinformation.

Additionally, on Jan. 19, 2021, 1 day before the end of Trump’s presidency, his administration expanded allowable marketing activity into healthcare settings, including waiting rooms and common entryways.

The report did not mention one common problem many MA enrollees face when they realize they’ve been enrolled in a plan that does not provide the benefits they expected, or requires high co-pays or deductibles, such as hundreds of dollars in co-pays for each day of hospitalization. If, after a trial period of 1 year, they try to disenroll and apply for a supplemental plan to pick up those costs, their health conditions may lead to them being rejected, thus incurring $1,600 in deductibles for each day of hospitalization, as well as 20% co-pays for most other encounters.

“Every senior deserves clear, accurate information that empowers them to be active choosers about their Medicare options and we commend the Senate Finance Committee’s efforts to this end,” said Mary Beth Donahue, president and CEO of the Better Medicare Alliance, which represents more than 180 provider groups, health systems, and health plans.

“We strongly agree with the report’s recommendation that CMS use its enforcement authority to hold bad actors accountable and we welcome increased direct oversight of third-party marketing organizations, whose activities are currently regulated differently from the marketing conducted by health plans,” she added. “Medicare Advantage health plans’ marketing communications today are subject to a clear set of guidelines, including requiring approval from CMS. If outlier third-party marketing entities fail to maintain the high standard of accuracy and trust that Medicare beneficiaries deserve, those entities should face serious consequences.”

A recent MedPage Today report showed how brokers earn double the commission for enrolling a beneficiary into an MA plan compared with traditional Medicare/Medigap plan.