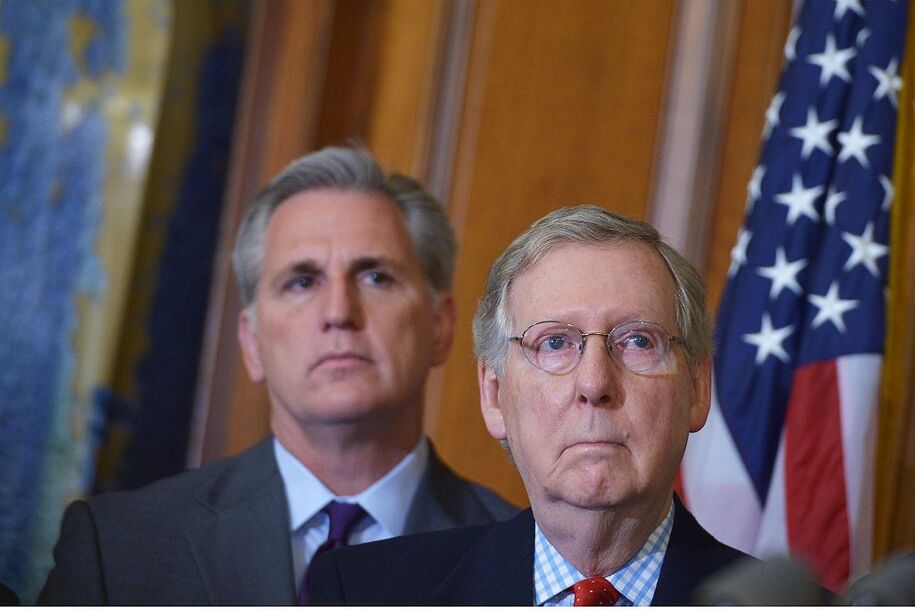 If American voters decide to turn the House, Senate, or both chambers of Congress over to Republican control on Nov. 8, Republicans have helpfully begun to outline how they intend to reward those voters. The “rewards” are impactful: by raising the Social Security full eligibility age from 67 to 70, reducing Social Security benefits, and drastically increasing the cost of obtaining medical care through the Medicare program, while imposing “means-testing” to determine who will receive Medicare benefits at all. They intend to circumvent the near-certainty of President Biden vetoing these measures by tying such cuts directly to the debt ceiling, in effect holding the country’s creditworthiness (and the economy itself) hostage to forced cuts in these programs.

Of course, this isn’t the first time Republicans have threatened such cuts. In fact, their intent has been made clear for decades, to the point where warnings from Democrats about the GOP’s plans to cut Social Security and Medicare may have begun to seem like a constant refrain, casually dismissed as recurrent background noise by some voters because such drastic cuts have never actually come to pass.

But this time Republicans are providing specifics—not because their own constituents would approve (they don’t, by huge margins)—but because they believe that they can sufficiently distract and misinform their own voters from their intentions by incessantly demonizing Democrats and focusing entirely on “hot button” grievances through their now almost wholly insular (and perpetually funded) media organs and social media. Those media organs—most visibly Fox Newsbut now virtually all right-wing outlets—have effectively created a hermetically sealed bubble of reflexive, automatic distrust and dismissal of anything Democrats do or say, while simultaneously portraying Republican elected officials as blameless for any of the country’s problems.

In short, Republicans are out to prove that there are no more “third rails” in politics, when your electoral base is, for all intents and purposes, conditioned into believing whatever you tell them to believe.

As reported by Jim Tankersly, writing for The New York Times:

Congressional Republicans, eyeing a midterm election victory that could hand them control of the House and the Senate, have embraced plans to reduce federal spending on Social Security and Medicare, including cutting benefits for some retirees and raising the retirement age for both safety net programs.

Republican senators have been a bit more coy about their plans, since control of the Senate is still very much in play, although, as Tankersly reports, “Their ideas include raising the age for collecting Social Security benefits to 70 from 67 and requiring many older Americans to pay higher premiums for their health coverage.” House Republicans, on the other hand, who stand a much better chance of achieving control after the November midterms, have been more forthcoming. As reported by Jack Fitzpatrick writing for Bloomberg, those Republicans who expect to join the Budget and Appropriations Committee have outlined their plan more fully:

The Republican Study Committee, the largest group of House Republicans, released a budget plan in June that called on lawmakers to gradually raise the Medicare age of eligibility to 67 and the Social Security eligibility to 70 before indexing both to life expectancy. It backed withholding payments to those who retired early and had earnings over a certain limit. And it endorsed the consideration of options to reduce payroll taxes that fund Social Security and redirect them to private alternatives. It also urged lawmakers to “phase-in an increase in means testing” for Medicare.

As pointed out by Paul Krugman, writing for The New York Times:

A more interesting question is why Republicans think they can get away with touching the traditional third rails of fiscal policy. Social Security remains as popular as ever; Republicans themselves campaigned against Obamacare by claiming, misleadingly, that it would cut Medicare. Why imagine that proposals to deny benefits to many Americans by raising the eligibility age won’t provoke a backlash?

At least part of the answer is surely the expectation that the right-wing disinformation machine can obscure what the G.O.P. is up to. The Republican Study Committee has released a 153-page report calling, among other things, for denying full Social Security benefits to Americans under 70; that didn’t stop Sean Hannity from declaring the other day that “not a single Republican has ever said they want to take away your Social Security.”

To understand the GOP’s harsh antipathy toward Social Security and Medicare, it is necessary to understand their donor base. Because their primary goal of cutting taxes on the wealthy is not politically palatable, Republican politicians rely disproportionately not on political donations from ordinary citizens but on huge corporate interests, most notably in the fossil fuel industry but also from corporate conglomerate “dark money” conduits such as the Chamber of Commerce and the Business Roundtable, trade associations such as the American Petroleum Institute and the Pharmaceutical Research Association of America, and the enormous, sprawling Koch network.

The sheer enormity of the funds expended on maintaining Social Security and Medicare benefits for ordinary Americans provides an irresistible target for the people and organizations controlling these groups, who consider these funds wasted on those they consider undeserving. Cuts in such programs, they reason, could provide the rationale for further corporate tax cuts and justify such largesse afforded to them instead. Ultimately the thinking, from their perspective, is that by eliminating such “entitlements” the nation can afford to cut their taxes even further than those cut by Republicans in their massive tax giveaway to corporate America and the nation’s wealthiest (including themselves), passed in 2017. In the case of Wall Street donors such as banks and hedge funds, the interest is even more acute; privatization of Social Security, for example, would provide an unheard-of windfall to their profits.

These groups, which collectively fund the ambitions of nearly every Republican elected to federal and state legislatures, are keenly aware of the potency and effectiveness of Trump’s Big Lie of “election fraud” in motivating their base. They’ve seen firsthand how easily the voters essential to their schemes can be reduced to a rabid, conspiracy-spewing horde if the right buttons are pushed. They now understand that if a potential voter can be brainwashed into believing something as preposterous as the Big Lie simply by stoking racism and grievance, they can be conned into believing that any claims by Democrats are false, even if that belief is contradicted by what’s happening right in front of their noses.

This is why House Republicans have assured Americans that upon attaining power they plan to conduct nonstop frivolous investigations and political show trials: not because they consider such undertakings valid or legitimate, but because they serve to occupy and transfix the attention of their base. It is why the entire focus of Fox News for decades has been to demonize Democrats, and why House Republicans sole focus during this election cycle has been to cultivate the same type of mindless, reactionary hatred. It’s why the GOP’s uniform, collective response to violence perpetrated by the right toward Democrats—such as the recent, vicious assault on Paul Pelosi—has been flat-out dismissal, “whataboutism,” or ridicule. As Greg Sargent, writing for The Washington Post, observes, “the whole point of all the lying is to assert the power to manufacture an alternate story in the face of easily demonstrable facts and outraged condemnation—and, importantly, to assert that power unabashedly and defiantly.”

A docile, distracted, and thoroughly propagandized voter base that will eagerly swallow outright lies is essential for these GOP donor groups to actualize their primary goal of gutting Social Security, Medicare, and any other so-called “entitlements.” Donald Trump has showed Republicans and the groups that fund them just how powerful a lie can be, and what can be achieved by repeating that lie incessantly. In the coming months, assuming they achieve control of one or both houses of Congress, that will be their strategy, bolstered enormously through social media and Fox News: deny, distract, and above all, demonize Democrats, while quietly doing their dirty work in opaque committees.

They’re counting on their own deluded voters to respond accordingly, even if it amounts to  marching their own lives and futures right off a cliff. And if Americans are short-sighted enough to return them to power, recent history suggests they may succeed.