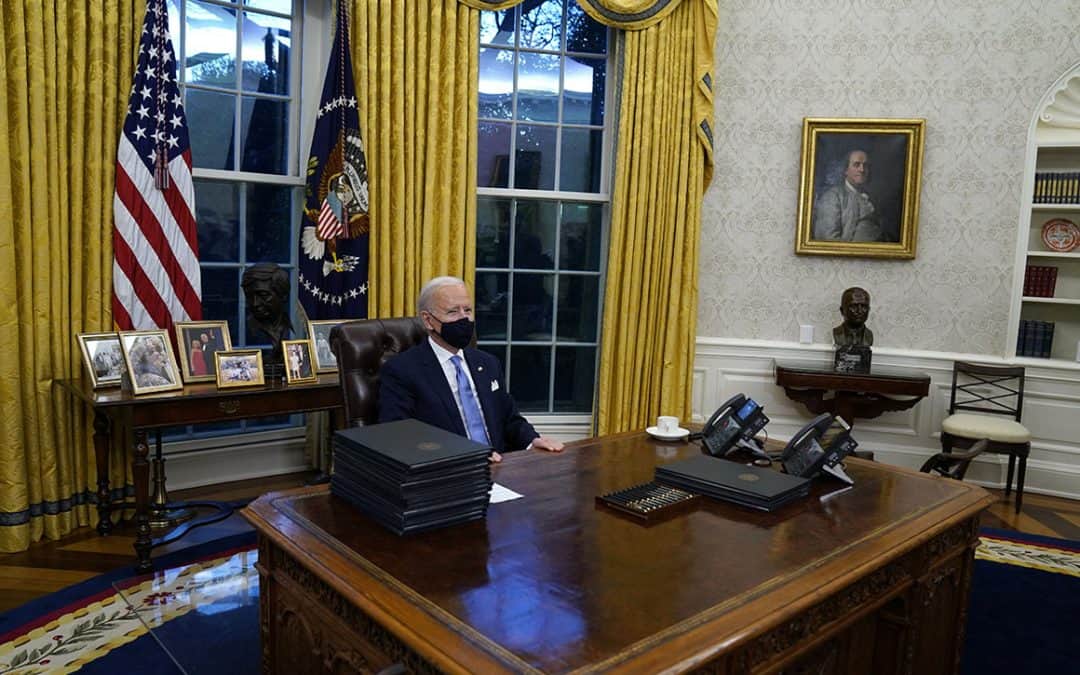 At best, Republicans could use their votes to avert the impending cliff as leverage to notch GOP policy wins in negotiations later this year. At worst, they could let the cuts set in as punishment to Democrats for using the reconciliation tool to negate GOP input as the majority party pushes to advance Biden’s package with just 51 votes in the Senate.

The fix could be as easy as inserting language in must-pass legislation before the cuts set in come mid-January, as Congress has previously done with little fanfare. Unlike a reconciliation bill, however, that solution can’t pass the Senate with a simple majority and requires 10 Senate Republicans to sign off.

“Everybody seems to not worry about it,” Yarmuth said. “I don’t know, I’ve been told it’s pretty much perfunctory that we’ll get it done.”

Senate Minority Leader Mitch McConnell’s office did not respond to two requests for comment about whether Republicans would help waive off the gouges to mandatory spending that stem from Biden’s pandemic aid plan.

In “ordinary” times, “it would be almost certain that Republicans would go along with it,” said David Wessel, a director at the centrist Brookings Institution.

“But these aren’t ordinary times, and you can’t be sure that Republicans would go along with this,” said Wessel, who heads the Hutchins Center on Fiscal and Monetary Policy at Brookings. “I think there’s a small but significant risk that the Republicans would use this as leverage to get something from Democrats.”

Both parties have repeatedly voted to waive the rule and avoid the cuts with other major reconciliation packages. Democrats joined Republicans to avert $150 billion in cuts that would have been prompted by the 2017 tax overhaul, including a $25 billion chunk from Medicare. The Congressional Budget Office at the time determined that certain programs, like the Public Health and Prevention Fund under Obamacare, would have been virtually wiped out.

Some on Capitol Hill say times have changed, however.

“Although Democrats swooped in to protect Medicare and other programs from significant cuts after Republicans used reconciliation to pass tax cuts for the wealthy, we need to be realistic that Republicans are less likely to do the same for us,” said one House Democratic aide, who asked to remain on background in order to candidly discuss the concerns.

“Are we really going to find 10 Senate Republicans to prevent these cuts after they’ve found Jesus again on the national debt? Let’s be real,” the aide said in a statement. “There’s a good chance they will allow these cuts to happen and paint Democrats as the ones who are responsible since we have total power in Congress and the White House.”

Two other senior Democratic aides totally dismissed the threat and said worries about the cuts going into effect have not been raised as both the House and Senate pull together the particulars of Biden’s bill.

“This is not a concern,” said a senior Democratic aide. “This is not something we’re concerned about, because we know that every time this problem has come up in the past, it has always been corrected.”

Provisions to avert the cuts could be added to must-pass legislation like annual spending bills, ensuring it would be politically costly for Republicans to vote against waiving off the reductions.

“So they’re prepared to shut down the government in exchange for cuts?” the aide said. “No one is going to allow Medicare or farm worker programs to be cut because of the reconciliation bill … That I can guarantee you.”

Democrats are also considering the use of reconciliation twice this session — once to pass Biden’s pandemic aid plan, and again to push through a massive climate and infrastructure package. That legislation would also add to the cuts Congress must avoid.

Matthew Dickerson, a director at the conservative Heritage Foundation, said Republicans could offer their support for preventing the reductions in exchange for more measured steps to reducing the nation’s debt and deficit, like an agreement to curb spending on mandatory programs.

“It’s a useful leverage point for Republicans,” said Dickerson, who runs the Grover M. Hermann Center for the Federal Budget. “We can’t keep spending at the rate that we’re spending.”