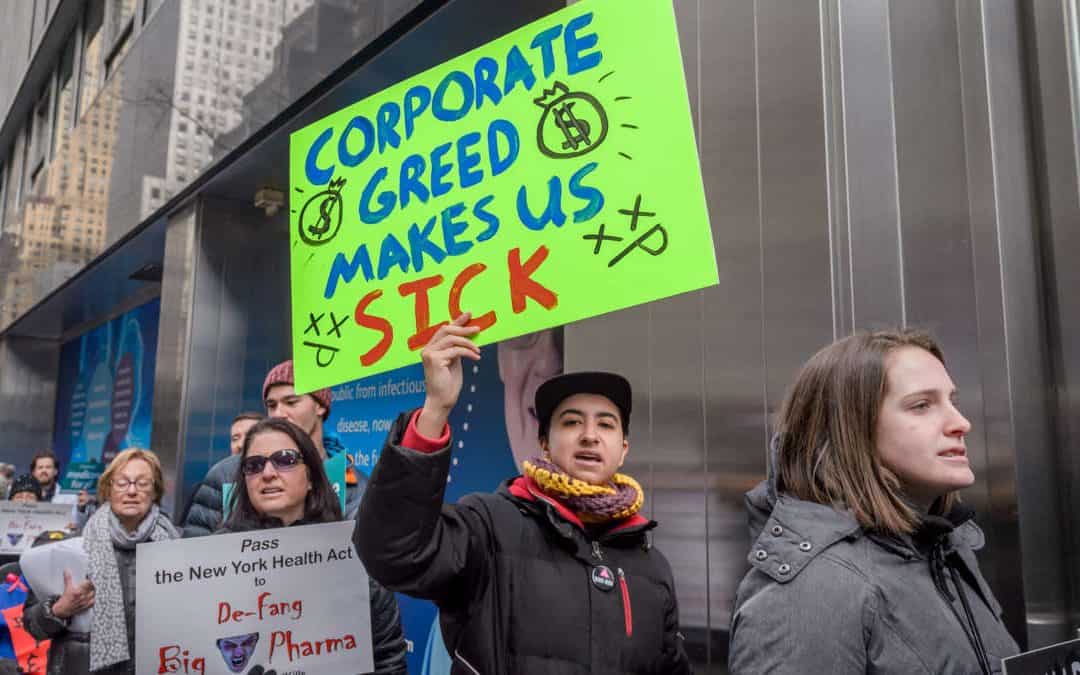 The Congressional Budget Office said Friday that a pending proposal by Senate Democrats to allow Medicare to negotiate directly with drug companies for lower prices would yield nearly $290 billion in savings and new revenue over ten years of implementation, a predictable yet crucial finding as lawmakers try to revitalize a legislative deal in the coming weeks.

The Democratic effort to revitalize a broader reconciliation package that could be passed in the narrowly-split Senate without Republican votes is considered the best that can be achieved after Sens. Joe Manchin and Kyrsten Sinema tanked the much larger Build Back Better plan — one that included sweeping climate provisions and other social investments — last year.

Now, with Schumer negotiating directly with Manchin on the narrower package, the hopes of at least gaining the ability for Medicare to better control outrageous drug prices imposed on enrollees by pharmaceutical giants would be considered a win.

According to the CBO, which based its analysis on draft text released by the Senate Budget Committee, the legislation now under consideration “would result in a net decrease in the unified deficit totaling $287.6 billion over the 2022-2031 period. That decrease in the deficit would result from a decrease in direct spending of $249.2 billion and an increase in revenues of $38.4 billion.

Senate Majority Leader Chuck Schumer welcomed the budget office score as a finding that bolsters the push to give Medicare such authority.

“This CBO score shows allowing Medicare prescription drug negotiation will yield billions in smart savings for Americans annually and will deliver much needed relief for millions of seniors,” said Schumer in a statement.

“Fixing unaffordable prescription drug pricing has been a top issue for Americans and the vast majority of both Democrats and Republicans year after year,” the New York Democrat added. “By empowering Medicare to directly negotiate prices for prescription drugs Congress can end the days of seniors missing lifesaving medications because they cannot afford them, lower costs for millions of patients when they visit the pharmacy, and do so in a fiscally responsible way.”

The Democrats’ proposal would allow Medicare to negotiate discounts for some of the costliest drugs on the market and would impose punishment on pharmaceutical companies that increase prices faster than inflation. The legislation would also cap annual out-of-pocket costs at $2,000 for Medicare beneficiaries. While only a specific set of drugs would initially be allowed under the plan, starting with 10 of the most expensive in 2026, that number would increase to 20 drugs by the end of the decade.

Axios reported earlier this week that if a deal can be finalized within the Senate’s Democratic caucus, a potential vote on the package could come as early as August.

Commenting on the importance of the drug price provisions, Frederick Isasi, executive director of the healthcare advocacy group Families USA, said it was vital for Democrats to push the deal through regardless of Republican opposition and massive lobbying by the Big Pharma.

“Senators need to seize this historic moment and get meaningful prescription drug reform over the finish line,” said Isasi. “When too many families in America are struggling with the high costs of everything from housing to gas, we have an opportunity to make an historic breakthrough on prescription drug negotiation and making Medicare work better for individuals and families across the country.”

“Big Pharma has made money off of gimmicks and abuses for years while consumers have suffered the consequences,” he added. “The time is now for Congress to bring this legislation across the finish line and provide health care affordability to all of our families nationwide.”