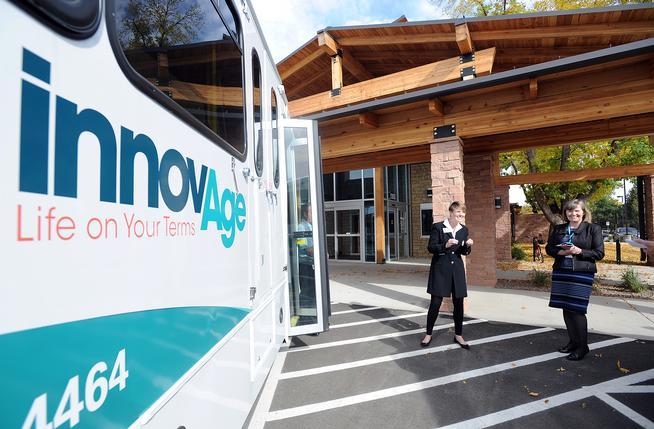 Front Range residents looking for support to avoid going into a nursing home will have one fewer option in the short term, after Medicare and Medicaid found a Denver-based organization to have insufficient staff among other problems and refused to pay the company to care for new clients.

The state and the federal Centers for Medicare and Medicaid Services stopped paying for publicly insured people to get new services from InnovAge after an audit found the company wasn’t providing clients with all care that’s required under the Program of All-Inclusive Care for the Elderly, or PACE.

PACE is for people 55 and older who would qualify for the level of care provided in a nursing home, but who also could safely stay at home if they have enough support. Organizations like InnovAge have to coordinate medical, dental and eye care, as well as services like transportation to appointments, respite for caregivers and home health care.

The roughly 3,500 InnovAge clients enrolled in the program before Dec. 23 will continue to receive services covered by Medicare and Medicaid, but those seeking support now in the Denver area and other parts of the Front Range will have to look for options other than PACE, said Marc Williams, spokesman for the Colorado Department of Health Care Policy and Finance.

The best place to start looking for long-term care support is your county’s single-entry point agency, he said. For most of the Denver area, that’s Rocky Mountain Human Services.

In a statement, InnovAge said it was working with state and federal regulators to “quickly and thoroughly” address the problems cited, while still caring for current clients. In highly regulated industries like elder care, audits are a normal part of business and a chance to improve, it said.

“We are using the feedback we have received to proactively make improvements to better serve participants,” the statement said. “Our primary concern is always the health and safety of our participants in every market we serve.”

InnovAge is the only PACE provider for Adams, Arapahoe, Broomfield, Denver, Jefferson, Larimer and Pueblo counties. It also serves part of Weld County.

Each PACE provider is authorized to serve certain zip codes, so people who live in InnovAge’s territory don’t have the option to choose a different organization, unless they move, Williams said.

“That’s really not an option for many of these folks,” he said.

According to letters from federal and state health authorities, an audit found InnovAge had insufficient staffing, didn’t schedule all health care that clients needed, didn’t follow up when specialists recommended new services and didn’t share all relevant information with the team that coordinates supports for clients.

“On the surface, (the findings) may not seem to be that big a deal, but they can exacerbate into bigger problems,” Williams said.

A state inspection, dated July 2020, showed one PACE member didn’t get regular wound care for an unhealed injury to a toe, which contributed to the wound’s growth. The records show that problem as corrected by September 2020, though, and it’s not clear if those findings played a part in the decision to stop paying for new clients.

To get back in with Medicare and Medicaid, InnovAge will have to submit a correction plan and undergo another audit. T

hey’ll also have to submit financial information regularly, to prove the organization is stable. That’s not something that the state Department of Health Care Policy and Finance always requires of providers trying to regain Medicaid payments, but InnovAge’s stock price has dropped significantly since March, Williams said.

“The department wants confirmation from InnovAge that they have the financial resources to serve their Colorado members,” he said.