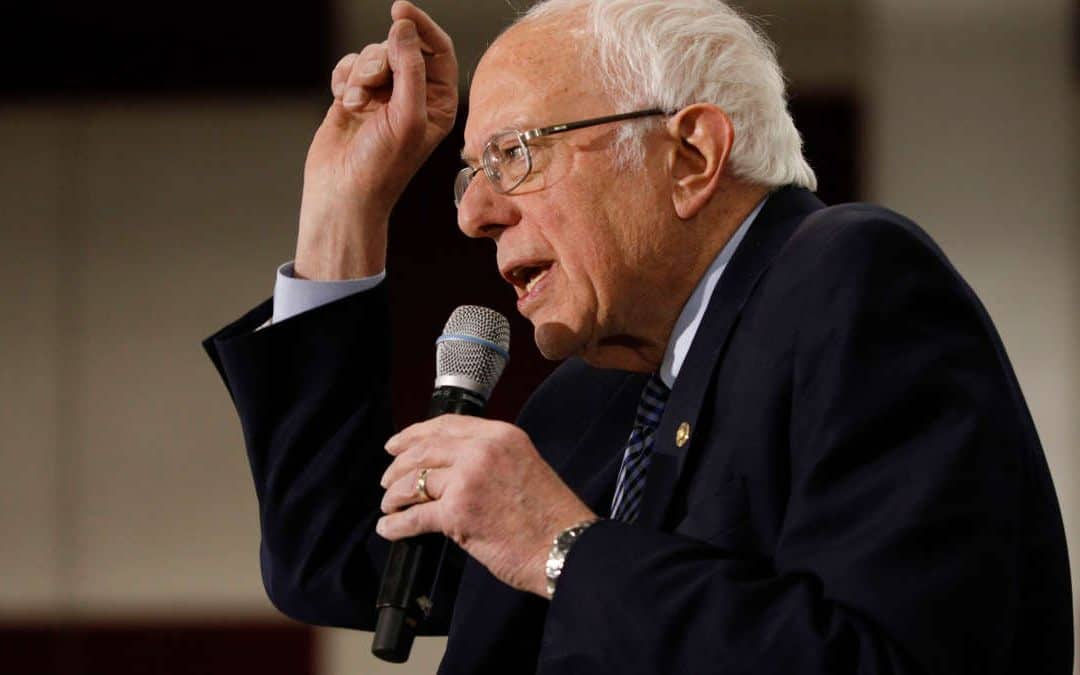 Sen. Bernie Sanders on Sunday said he intends to reintroduce Medicare for All legislation in the U.S. Senate in the coming days as the Biden administration moves ahead with a Medicare privatization scheme and millions of Americans remain at imminent risk of losing their insurance once pandemic protections expire.

“In the midst of the current set of horrors — war, oligarchy, pandemics, inflation, climate change, etc. — we must continue the fight to establish healthcare as a human right, not a privilege,” Sanders (I-Vt.), the chair of the Senate Budget Committee, wrote in a Twitter post. “I will soon be reintroducing our Medicare for All legislation.”

Sanders’ announcement came weeks after Biden’s Centers for Medicare and Medicaid Services (CMS) said that instead of terminating a Medicare privatization experiment hatched under the Trump administration, it would rebrand the pilot program and make minor changes that critics — including physicians and Medicare for All advocates — say would leave the scheme’s most dangerous components intact.

Meanwhile, millions of people across the U.S. are set to lose Medicaid benefits once the federally declared coronavirus public health emergency (PHE) expires. In January, the Biden administration extended the PHE through April 16, but it’s unclear whether there will be another extension.

Writing for The Daily Poster earlier this month, healthcare policy writer Libby Watson warned that “the potential scale of this mass disenrollment could be huge: The Urban Institute estimated in September that up to 15 million people could lose their Medicaid coverage when the PHE ends.”

“The Georgetown Center for Children and Families estimated in a report released in February that 6.7 million children are likely to lose coverage,” Watson added. “Many of the new enrollees over the past few years will genuinely no longer be eligible — not a surprise, since the income limits for Medicaid are very low — but many others who are eligible will lose coverage anyway.”

Throughout the coronavirus pandemic, progressives have argued that the best way to prevent such disastrous health insurance churn is to establish a single-payer system under which everyone is guaranteed comprehensive coverage regardless of income or other factors.

Last March, Reps. Pramila Jayapal (D-Wash.) and Debbie Dingell (D-Mich.) reintroduced Medicare for All legislation in the House with the backing of more than half of the chamber’s Democratic caucus. Despite strong support for the bill, House Speaker Nancy Pelosi (D-Calif.) has yet to allow a floor vote.

Jayapal and Dingell are among the progressive lawmakers urging President Joe Biden to terminate the Medicare privatization experiment, which is now known as ACO REACH.

In an analysis released just before Jayapal and Dingell re-upped their bill last year, the consumer advocacy group Public Citizen estimated that hundreds of thousands fewer people would have died of Covid-19 in the U.S. if the country had a Medicare for All system.

“Under Medicare for All, everyone would have consistent coverage regardless of their employment status or employer,” Public Citizen’s report noted. “And because Americans would have their choice of providers, instead of facing the narrow networks their employers choose for them, they would face fewer challenges getting care, especially during a pandemic where some hospitals and providers are overwhelmed by demand.”