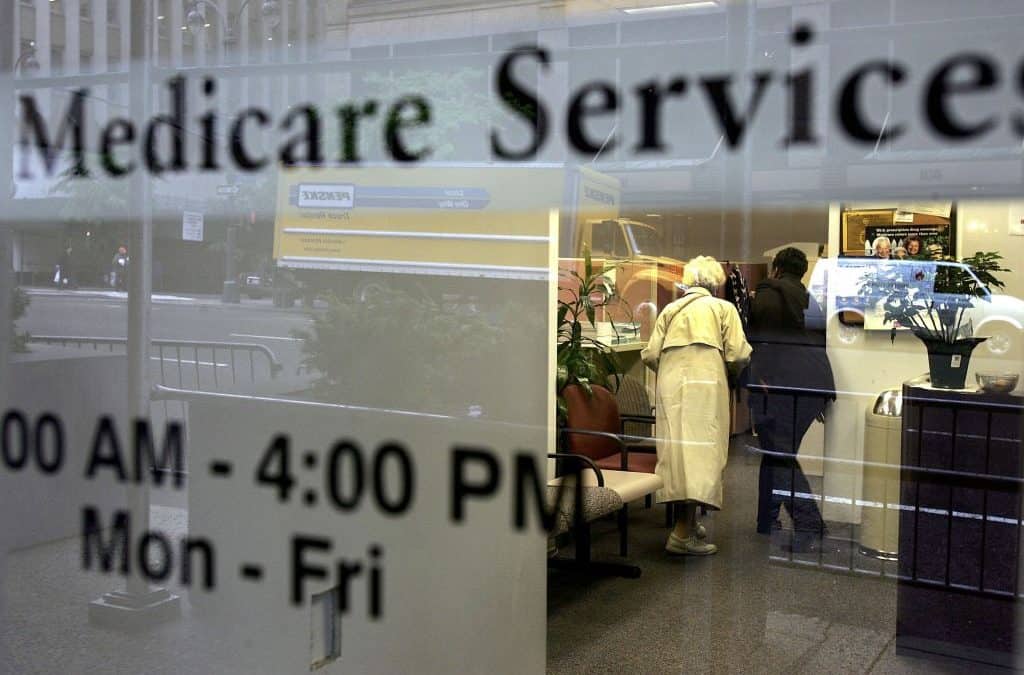 Right before Christmas The Commonwealth Fund in New York City issued a worrisome report aimed particularly at the 38 million beneficiaries who are in the so-called traditional Medicare fee-for-service program, not the heavily advertised Medicare Advantage managed care plans.

The Fund* explained that the Center for Medicare & Medicaid Services (CMS) had just unveiled the Geographic Contracting model, or “Geo,” a wonky proposal meaning that beneficiaries in traditional Medicare in 10 metro regions  across the country, “will be required to enroll” in what’s being called a “direct contracting entity.” That entity, which could be a physician group, insurance company, managed care organization, or accountable care organization, would deliver all the care for those in the plan and receive one payment from the government for giving that care. The goal is to boost quality and lower costs. It would work sort of like Medicare managed care does now, but unlike people in Medicare managed care who have chosen to be in that program, beneficiaries who live in one of those selected regions would be required to choose one of these new entities in order to receive any Medicare benefits at all. That would be the first time in the history of the program that beneficiaries would be forced into any kind of new care arrangement.

This proposal, The Commonwealth Fund report said, is “one of the most significant changes to the way Medicare beneficiaries receive health care since managed care was introduced into Medicare in the 1970s,” adding the model was “raising critical questions particularly among beneficiary groups.” Perhaps due to the wonky nature of the discussion, the proposed change has generated almost no media coverage although it would upend the health insurance for millions of Americans. CMS is scheduled to start testing the new program in 2022.

At the beginning of March Elizabeth Fowler, one of the authors of the report, started  a new job at the CMS office that will be in charge of creating and implementing the new model. That same day the agency announced that the model, which was supposed to begin taking applications for becoming a “direct contracting entity,” was now “currently under review,” meaning that tweaks or deeper changes from the new Biden administration might be in the works. That, of course, gives journalists more time to investigate the plan and explain it to the millions of beneficiaries who would be affected, and perhaps generate a robust discussion about the consequences of being forced into managed care. Private business interests are also keeping an eye on the development of the new Medicare model as well, perhaps eyeing a new source of profits. “I’m hearing more and more about industry interest and investment in this model,” said David Lipschutz, associate director of the Center for Medicare Advocacy. “Why are investors interested in this?”

“This is the privatization of traditional Medicare over time, turning it in to another form of Medicare Advantage plans,” said Diane Archer, who founded the Medicare Rights Center and is now president of Just Care USA, an independent digital hub that covers health care. “The purported goal is to see whether these entities which will come between doctors and their patients will be able to reduce costs and improve quality.” Archer noted that “many government and independent analyses of Medicare Advantage plans show that people who need complex care tend to leave them in disproportionately higher rates.” Unlike Medicare Advantage plans, however, which include many HMOs, all the Geo plans are supposed to work like PPOs, which allow members to go out of network for care, said Gretchen Jacobson, one of the authors of the Commonwealth Fund report.

But there are enough similarities between Medicare Advantage plans and this new program to raise real concerns. Three years ago, the U.S. Dept. of Health and Human Services’ Office of the Inspector General released a report questioning whether people in Medicare Advantage plans — managed care — were getting the benefits they were entitled to. The IG found that over two-year period, 75% of the denials of care filed by beneficiaries were overturned on appeal, indicating that some “beneficiaries and providers were initially denied services and payments that should have been provided.” The IG’s Office said this was “especially concerning” because beneficiaries and providers “rarely used the appeals process.” Furthermore, the report noted that Medicare’s own audits have found “widespread and persistent performance problems related to denials of care and payment.” You won’t find that information in any of the Joe Namath ads luring more Americans to Medicare Advantage plans on TV.

Jacobson told me the proposed Geo model “is relatively complicated, and someone might not know they’re in one.” If people in selected regions don’t sign up for a plan as required, Medicare will simply pick a plan for them, where they will quickly learn what managed care style of cost control is all about — for example, obtaining prior authorization for services and undergoing reviews to evaluate the medical necessity of care before it’s delivered.

“I’m hearing more and more about industry interest and investment in this model. Why are investors interested in this?” — David Lipschutz, associate director of the Center for Medicare Advocacy

Such moves could lower costs, and it’s no secret that the Medicare program needs to be shored up financially as more baby boomers become eligible for benefits. The latest Medicare Boards of Trustees report said the Medicare Part A trust fund — which pays the hospital bills for all beneficiaries, including those in both managed care plans and traditional Medicare — will be able to pay only partial benefits beginning in 2026. Although the trustees have been making similar predictions for years, there has yet to be a robust public discussion of how to improve the health of the trust fund. Will it come from increasing the payroll tax, or from reducing the costs of hospital and doctor services, which are the biggest drivers of Medicare’s escalating costs? Or by negotiating lower prices for prescription drugs, or from some mix of those options?

Over the years Medicare managed care was supposed to lower those costs for the government’s program. Whether they’ve done that is open to serious dispute. The Medicare Payment Advisory Commission (MedPac), an independent government agency that advises Congress, showed that in 2009, the government was spending nearly 18% more to provide care for seniors in managed care organizations than those in the traditional program.

The Affordable Care Act put a stop to extremely high increases for Medicare Advantage plans until 2017 when the overpayments began to rise again. “The health plans have healthier than average patients, yet get paid amounts that are calculated for average patients and so they are able to pocket the difference,” said Dr. Robert Berenson, a senior fellow at the Urban Institute and a former member of MedPac. In a recent presentation, two MedPac analysts noted that Medicare is paying Medicare Advantage plans 4% more than what it spends on the same beneficiary in a fee-for-service plan, adding that these private Medicare plans “have never yielded aggregate savings to Medicare.”

The major stakeholders, the 63 million beneficiaries in the entire Medicare program, will probably have little to say about this latest Geo experiment and any others likely to come along this year that address the solvency of the trust funds millions of Americans rely on for survival. Business interests with deep pockets and experience profiting from Medicare Advantage plans, however, will likely have plenty to say.

When it comes to Medicare, the Better Medicare Alliance, an organization that presents itself as a grassroots group to mask its corporate interests, has managed to gin up substantial support for in Congress for higher and higher rate Medicare Advantage increases. Two years ago, the Associated Press found that the Alliance was financed by three of the biggest sellers of Medicare managed care plans: UnitedHealthcare, Aetna, and Humana. The group is known for organizing networks of seniors across the country to talk about their positive experiences with Medicare Advantage plans.

In 2009 after Barack Obama had moved into the White House, a woman wrote to the president. “I don’t want government-run health care,” she said. “I don’t want socialized medicine. And don’t touch my Medicare!” That woman like millions of other beneficiaries didn’t know the ins and outs of the program they rely on so much or understand that the hospital coverage Medicare provides is social insurance. That lingering confusion about what the Medicare program is 55 years after it began may well have sown the seeds of its demise long ago. It has certainly made it easier now for new privatization models like Geo to take root and potentially turn every senior into a customer of a privately-run managed care organization.

Veteran health care journalist Trudy Lieberman is a contributing editor at the Center for Health Journalism Digital and a regular contributor to the Remaking Health Care column.

*The Commonwealth Fund is a supporter of the Center for Health Journalism’s Health Matters webinar program.

Did you like this story? Your support means a lot! Your tax-deductible donation will advance our mission of supporting journalism as a catalyst for change.