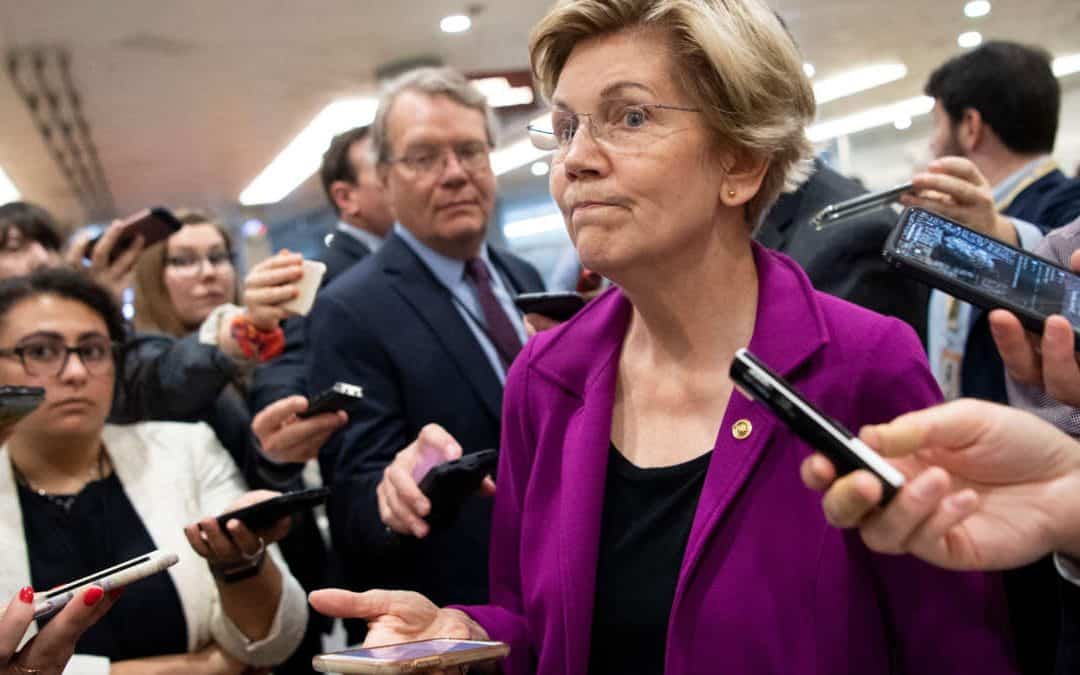 Sen. Elizabeth Warren on Wednesday joined physicians and dozens of her House Democratic colleagues in urging the Biden administration to immediately halt Medicare Direct Contracting, a Trump-era pilot that could result in complete privatization of the cherished public healthcare program by decade’s end.

“It is completely baffling to me that the Biden administration wants to give the same bad actors in Medicare Advantage free rein in traditional Medicare,” Warren (D-Mass.) said during a held by the Senate Finance Subcommittee on Fiscal Responsibility and Economic Growth.

“My view is that President Biden should not permit Medicare to be handed over to corporate profiteers,” Warren added. “Doing so is going to increase costs and put more strain on the Hospital Insurance Trust Fund. The Biden administration should shut down the Direct Contracting model.”

The Direct Contracting (DC) pilot was first publicly announced by the Trump administration in 2019 and launched with little notice in the final months of the former president’s tenure. The program is administered through the Centers for Medicare & Medicaid Services (CMS) Innovation Center, an agency that the Affordable Care Act empowered to experiment with alternatives to traditional Medicare’s payment model, which directly reimburses healthcare providers.

A majority of the 53 current DCEs — which are paid monthly by the federal government to cover a specified portion of a patient’s medical care — are investor-owned. Unlike Medicare Advantage, which Medicare patients choose voluntarily, the DC pilot automatically assigns seniors to DCEs, often without their knowledge or consent.

“Wall Street is not racing to buy up clinics because they want to expand coordinated care models and limit profits,” Warren argued Wednesday. “Private equity and insurance companies want the eye-popping profits that are possible when the federal government lets them pocket whatever it is they can avoid spending on seniors and people with disabilities who need healthcare.”

“The number of corporate vultures hoping to feed on Medicare continues to grow,” said Warren, the first Democratic senator to publicly criticize the Biden administration for letting the DC pilot proceed. “This invites fiscal disaster, and I hope this administration will reverse this decision.”

Among the witnesses who testified at Wednesday’s hearing was Dr. Susan Rogers, president of Physicians for a National Health Program (PNHP), an advocacy group that has been leading the opposition to the DC pilot and urging the Biden administration to stop the experiment in its tracks.

During her testimony, Rogers noted that “DCEs may spend as little as 60% of their Medicare payments on patient care, keeping the other 40% as profit and overhead.”

“Medicare was designed as a lifeline for America’s seniors and those with disabilities, not a playground for Wall Street investors,” Rogers said. “If middlemen in healthcare actually saved money and improved outcomes, the U.S. wouldn’t have the most expensive and ineffective healthcare system in the world. We don’t need to put seniors through another failed experiment to prove this.”

Despite mounting pressure from advocacy groups and members of Congress — including more than 50 House Democrats led by Rep. Pramila Jayapal (D-Wash.) — the Biden administration has not yet provided any signal that it intends to stop the DC pilot.

As Buzzfeed reported last week, the administration’s “current plan is to run the program through the end of Biden’s term, potentially allowing a future president to expand its scope and further erode Medicare, the pillar of public healthcare in America.”

While the Biden administration paused the most extreme form of Direct Contracting — known as the Geographic (GEO) Model — last March, it has let the rest of the pilot program move forward as planned despite internal questions over its legality.

One unnamed Senate Democratic aide told Buzzfeed that “because companies had already spent a substantial amount of money preparing for the program, his administration would have faced fierce industry backlash if they shut it down.”

In her opening statement at Wednesday’s hearing, Warren argued that the federal government needs “to make changes to Medicare.”

“But not the cuts and privatization that my Republican colleagues have sought in past efforts to so-called ‘reform’ Medicare. No,” Warren continued. “Instead of undermining the system and the benefits that we deliver, we need to crack down on greedy drug manufacturers, on private insurers, and on private equity firms.”

“The Medicare system is hemorrhaging money on scams and frauds,” said the Massachusetts Democrat. “It is critical that we stop the flow, and, if we do, the system will have more than enough money to operate at its current level and increase coverage.”